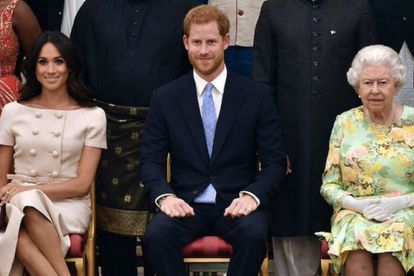 Prince Harry and Meghan visit Queen Elizabeth on their way to the Invictus Games. Image via Twitter @Agathedelili

Prince Harry and Meghan visit Queen Elizabeth on their way to the Invictus Games. Image via Twitter @Agathedelili

Britain’s Prince Harry on Thursday visited his grandmother, Queen Elizabeth II, with his wife Meghan before going to the Netherlands for the Invictus Games, a spokesperson for the couple said.

PRINCE HARRY AND MEGHAN VISIT THE QUEEN AT WINDSOR

The Sussexes are on their way to the sporting event Harry founded for disabled military veterans that starts in The Hague on Saturday.

The spokesman confirmed the couple had met the queen. British media reported that the meeting took place in Windsor Castle, about 40 kilometres from London.

Queen Elizabeth will celebrate her 96th birthday in a few days.

Harry, 37, and his wife, 40, were criticised by British tabloids for skipping a Prince Philip’s memorial service in Westminster Abbey on 29 March.

Philip, who was married to the queen for 73 years, died last April just weeks short of his 100th birthday.

Harry and his wife quit royal life and moved to North America two years ago.

As a result of their decision, the UK government withdrew his taxpayer-funded protection on visits back to Britain, a decision that Harry is challenging in the courts.