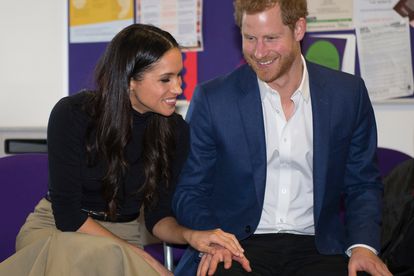 Prince Harry and Meghan Markle had briefly considered revealing the identity of the Royal Family member who had made racist remarks about the couple’s son Archie.

This is according to an updated edition of the book Finding Freedom: Harry and Meghan and the Making of a Modern Royal Family.

“While a source said that the couple considered sharing this detail, they decided not to,” biographers Omid Scobie and Carolyn Durand wrote.

Will Harry and Meghan ever name the ‘racist royal’?

When Harry and Meghan had their bombshell interview with Oprah Winfrey back in March, the couple revealed that there had been questions about their son, following his birth. They opted not to disclose the person’s identify, saying it would be rather damaging to their reputation. But, if this new book is anything to go by, they were rather close to unmasking the “racist royal.”

In the wake of the claim, the Royal Family said it be investigating.

“The whole family is saddened to learn the full extent of how challenging the last few years have been for Harry and Meghan. The issues raised, particularly that of race, are concerning. While some recollections may vary, they are taken very seriously and will be addressed by the family privately,” Buckingham Palace said in a statement at the time.

“Months later and little accountability has been taken. How can you move forward with that?” a friend of Meghan is quoted as having said in the book.

The couple resigned from their roles as senior members of the royal family in January 2020 – a decision which received much backlash, with many accusing Markle of having been the main orchestrator.

All this comes as The Sun reported that Queen Elizabeth II, Prince Harry’s grandmother, has hired lawyers to challenge some of the couple’s claims.

There is a limit to how much will be accepted and the Queen and royal family can only be pushed so far. They are getting lawyered up. Harry and Meghan will be made aware and know repeated attacks will not be tolerated,” a source is quoted as having said.