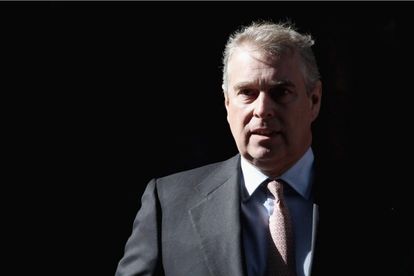 Prince Andrew has been tripped of his status as a freeman of the city of York because of his associations with convicted sex offenders Jeffrey Epstein and Ghislaine Maxwell. Image via Twitter @nypost

Prince Andrew has been tripped of his status as a freeman of the city of York because of his associations with convicted sex offenders Jeffrey Epstein and Ghislaine Maxwell. Image via Twitter @nypost

Prince Andrew was on Wednesday stripped of his status as a freeman of the city of York because of his associations with convicted sex offenders Jeffrey Epstein and Ghislaine Maxwell.

At an extraordinary meeting of York City Council in northern England, councillors voted unanimously to withdraw the honour that was conferred on him in 1987.

At the meeting, Liberal Democrat councillor Darryl Smalley urged members to remove the freemanship for the first time in the city’s history.

Sexual abuse allegations levelled against Queen Elizabeth II’s second son, which he settled out of court in the United States earlier this year, and his associations with Epstein and Maxwell were “incredibly serious and cannot be ignored”, he told the meeting.

“We believe it is inappropriate for Prince Andrew to retain his ambassadorial title,” he said, adding that he should also have his official title, the Duke of York, removed.

Green councillor Denise Craghill said the allegations faced by the 62-year-old duke were “entirely inconsistent with what we stand for as a city”.

Her Conservative party counterpart, Martin Rowley, said changes should be introduced to ensure no one receives the same award purely by “right of birth”.

One member of the public, Gwen Swinburn, referred to the prince as “Mr Andrew Windsor”, accusing him of bringing “shame and reputational damage everywhere he goes, including to our city”.

“The motion to withdraw his freedom status goes nowhere near far enough. He needs to be declared persona non grata in York.”

References to “Freemen of the City of York” date back to Anglo-Saxon times and over the centuries they had a key role to play running the city, and controlling trade.

It is now an honorary position.

In the city, members of the public who spoke to AFP were broadly supportive of moves to strip the duke of his honorary title.

“I think most people feel that because of the payment, I think it was clear that he was guilty,” said John Neal, 61.

“I think that’s an acknowledgement of guilt. So, yes, maybe he’s not being found guilty in a court, but I think his actions deemed that to be what most people feel.

“I think the fact that he’s been stood back from royal duties, I think the whole thing doesn’t put him in a good light, really.”