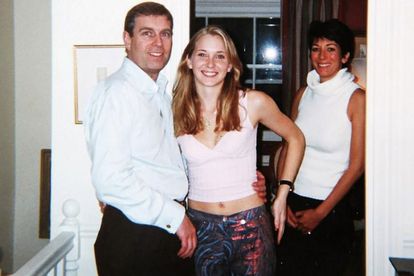 The Duke of York, the second son of Queen Elizabeth II and ninth in line to the throne, has long-standing ties to Maxwell, who has been found guilty of recruiting and grooming young girls to be sexually abused by the late American financier Jeffrey Epstein.

Andrew has denied sexually assaulting one of Epstein’s alleged victims, who is suing him in the United States.

THE LEGAL CLAIM AGAINST PRINCE ANDREW

Virginia Giuffre has launched a civil claim suing Andrew for unspecified damages, alleging he sexually assaulted her when she was 17, a minor under US law.

She claims she was lent out by Epstein to his powerful associates and forced to have sex with Andrew three times – the first time at Maxwell’s London home.

The prince has repeatedly and strenuously denied this, saying he does not remember meeting Giuffre and “absolutely and categorically did not have sex with her.”

He has not been criminally charged. Buckingham Palace has reiterated this denial. Andrew withdrew from royal duties after a widely derided 2019 television interview where he attempted to clear his name.

A famous photo apparently shows Andrew with Maxwell at her London house, while he has an arm around Giuffre’s naked midriff.

Andrew has suggested the photo could have been doctored. His legal team is seeking to dismiss Giuffre’s complaint at a New York court hearing set for 4 January.

The trial date is expected to be towards the end of 2022, a US judge has said.

Giuffre tweeted Wednesday that she hoped that:

“Today is not the end but rather another step in justice being served. Maxwell did not act alone. Others must be held accountable. I have faith that they will be.”

“In the legal sense it leaves him in exactly the same place as he was a week ago,” royal correspondent Johnny Dymond told BBC Radio 4.

But “to some degree, everything has changed, certainly in public perception,” Dymond added since Andrew is now connected to a convicted sex trafficker and also accused by one of her alleged victims.

The photo apparently showing the three together “could now be described as the sex trafficker, the sex slave and the duke,” said Dymond.

Giuffre was not a witness at Maxwell’s trial and was not part of the criminal case against her, but the verdict supports her claims over Maxwell’s role.

“Verdict is bad news for Prince Andrew,” The Times said in a headline, adding that Andrew’s chances of defeating Giuffre’s legal action “look even slimmer than they did previously.”

The Daily Telegraph said it “could not have come at a worse time” for Andrew. At the same time, The Guardian said the fact that Andrew was barely mentioned in the US trial “will have been an undoubted relief.”

The prince told the BBC he first met Maxwell when she was at university and last met her in the summer of 2019.

Andrew socialised and stayed with Epstein after she introduced the pair. The prince visited Epstein’s luxurious mansion in New York and residences in Palm Beach, Florida and his island in the Caribbean, flying in his private jet.

On the prince’s invitation in 2000, Epstein and Maxwell stayed at Windsor Castle and spent a weekend pheasant shooting at Sandringham, the Queen’s private estate. They were also pictured at her Balmoral private estate in Scotland.

Andrew has acknowledged he stayed with Epstein in New York soon after the American’s 2010 release from a jail term for soliciting and procuring a minor for prostitution. The prince told the BBC he now regretted this but it was simply “a convenient place to stay.”