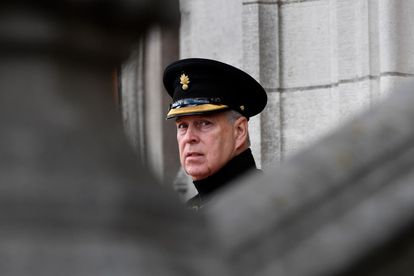 Ever since Virginia Giuffre opened a sexual assault case against Prince Andrew in New York, it seems it has gone from bad to worse for the Queen’s second-born.

The South African previously reported that Prince Andrew has consistently denied Giuffre’s claims. Giuffre’s case cites New York’s Child Victims Act, which expanded victims’ rights to sue alleged abusers. The case claims the prince engaged in sexual acts without her consent, knowing how old she was and “that she was a sex-trafficking victim”.

It says the “extreme and outrageous conduct” continues to cause Giuffre, now 38, “significant emotional and psychological distress and harm”, reports the BBC.

Giuffre was also an accuser of the late convicted sex offender Jeffrey Epstein.

“In this country no person, whether president or prince, is above the law, and no person, no matter how powerless or vulnerable, can be deprived of the law’s protection,” the documents read.

“Twenty years ago Prince Andrew’s wealth, power, position, and connections enabled him to abuse a frightened, vulnerable child with no one there to protect her. It is long past the time for him to be held to account.”

Now, 2OceansVibe reports that David Boies, a lawyer representing Giuffre, said the Duke of York has been dodging his client for the past five years and been entirely uncooperative with authorities. Now Boies says that more women are prepared to testify against Prince Andrew, reports The Telegraph:

Boies was referring to Johanna Sjoberg, the only other accuser to have come forward publicly to allege sexual contact with the royal.

Sjoberg previously detailed how Prince Andrew groped her using a Spitting Image puppet of himself and alleges that in 1999, she visited Balmoral with the prince and Epstein.

“He is said to have left for Scotland with his former wife, the Duchess of York, hours before a US summons was approved by a court clerk and sent to Royal Lodge, his Windsor home. He is understood to have 21 days to respond or face ‘judgment by default’”.

The publication points out that Giuffre’s lawsuit is civil, rather than criminal, meaning Prince Andrew would be liable to pay damages to Giuffre if he lost the case, rather than going to jail.

But, it is not clear if his finances will be able to handle it as Mark Stephens (who has represented victims of sexual harassment as related to the #MeToo movement) estimated that the jury could award anywhere between $20 million and $100 million.

Royal finance expert and author of The Queen’s True Worth, David McClure, also pointed out that Prince Andrew’s finances are “shrouded in a pea soup of impenetrability.”

What about the queen?

But, McClure also said that Prince Andrew could turn to the Queen.

“Judging by the fact that the Queen is known to bankroll less well-off members of her family, it’s logical to assume that if he was short of funds and had a big outlay in terms of legal bills that she would help.

“She gets more than £22 million a year from the Duchy of Lancaster, she is not short of cash. There’s a split between her guardianship of the Royal family and its reputation and her love for her son. She must be torn.”

The civil suit will be heard via a telephone conference on 13 September as scheduled by Manhattan federal court Judge Lewis Kaplan. It is not yet known if the royal and Giuffre will be required to be on the call themselves.