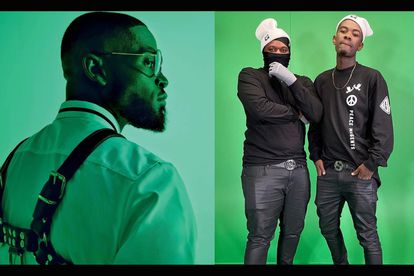 DJ Kabelo Motsamai, popularly known by his stage name Prince Kaybee, has yet again rubbed Tweeps up the wrong way after a cryptic tweet — which many believe is directed at Mpura and Killer Kau tragic car crash — surfaced early this morning (10 August).

Prince Kaybee took to Twitter around 03:00 this morning to post a cryptic message about anticipating harm and preventing death as “most things are man-made”.

Many believe his tweet is directed towards Mpura and Killer Kau who died in a fatal car accident on their way to a performance in Rustenburg on Monday 9 August.

Fellow amapiano star Kabza De Small was also thought to have lost his life in the accident as he was with them the day before. However, he has since spoken out and assured his fans that he is alive and well.

Prince Kaybee took to Twitter to explain that in his opinion death is not always a situation of “what’s meant to happen will happen”, but rather certain things can be anticipated and prevented.

He seemed to reference the rumour of drunk driving in his cryptic post, but did not go into detail. He added that “you influence your destiny in many ways”.

“It doesn’t mean if it happened it was meant to happen, we need to ANTICIPATE HARM!!! Most things are man made so you influence your destiny in many ways that’s why prevention is CHIEF!,” wrote Prince Kaybee on Twitter.

Prince Kaybee posted the same message to his Instagram account where he then turned off the comments.

It appears that Prince Kaybee does not know how to read the room as many are still in shock and mourning the death of the amapiano stars.

A Tweep called out Prince Kaybee in the comments section for being “insensitive”. Prince Kaybee responded to this tweet saying that he has been called worse names before.

PRINCE KAYBEE COMMENDED FOR HIS WORDS

Although many were upset at Prince Kaybee’s bold words, others commended the DJ for speaking out on the situation and agreed with his statement on prevention.

Another tweep mentioned speeding in her post and shared a picture.