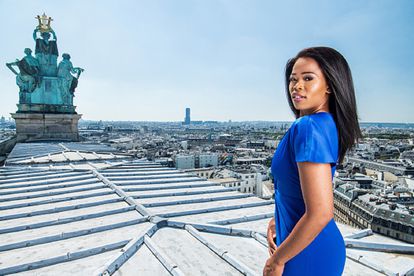 Soprano singer Pretty Yende is photographed for Paris on the roof of the Opera Garnier in Paris on August 26, 2019. Image: Patrick Fouque/Paris Match/Contour by Getty Images.

Soprano singer Pretty Yende is photographed for Paris on the roof of the Opera Garnier in Paris on August 26, 2019. Image: Patrick Fouque/Paris Match/Contour by Getty Images.

The Department of International Relations and Cooperation (Dirco) has written to French authorities in search of an explanation and thorough investigation into the South African opera singer Pretty Yende’s claims that she was verbally abused and her rights violated at Paris’ Charles de Gaulle Airport earlier this week.

This comes after she revealed on 22 June that she was “traumatised” after being “stripped and searched like a criminal offender” at the airport in a lengthy Instagram post.

In light of the claims, a French police source responded by saying that the singer was pulled aside for questioning because she had arrived from Milan on a South African passport without a visa.

Yende went on to provide “proof” that her claims are true and that she had all the necessary documentation to enter the European Union (EU).

A strong statement of displeasure

According to a statement from Dirco, Yende informed the South African Embassy in Paris that she was detained by French police at the airport for almost three hours, despite having a valid resident status.

“Her long-term EU resident status, issued on 16/02/2015 by the police headquarters in Milan and with unlimited validity is provided by article 9 of the Consolidated Immigration Act (Legislative Decree 286/98) and regularly issued in accordance with European Directive 2003/109/EC, implemented by Italy and France and containing the common guidelines for the issuance of such residence permits with unlimited validity,” Dirco said in a statement.

Dirco also said that it will démarche the French ambassador to South Africa, who is based in Pretoria, to convey its displeasure at the treatment of the opera star.

According to The Citizen, this means that they are planning to send the ambassador back home. It is a strong statement of displeasure by a government about another country’s actions.

‘My word against yours game‘

In her first Instagram post, Yende also alleged that the police took her phone, a claim they deny.

It is not clear what she meant by this as she provided no additional information or “proof” in this regard, but rather left a warning:

“No more playing my word against yours game…” she concluded.