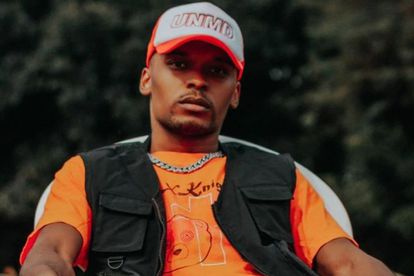 A close friend and a police officer reveal that Basadi hitmaker Tumi Tladi committed suicide by gassing himself. This is after Tladi’s family speculated that the rapper might have been murdered as he wasn’t suicidal before passing away a month ago on 10 July.

The rapper Tumi Tladi’s friend who chose to remain anonymous told Sunday World that he took his life by gassing himself. A police officer also confirmed to the publication that he committed suicide though his family insisted he was not suicidal and suspected foul play.

The Basadi hitmaker’s cause of death remained a mystery after he was found dead at his posh townhouse in Northriding, north of Johannesburg on 10 July.

The media personality and friend, who did not want to be named also informed the publication that the late rapper bought several litres of lithium and consumed it through pipes that he had connected to a 10kg bottle.

“You remember he was found dead on a Sunday? But he bought the stuff on a Thursday from the nearest shop and consumed it on Sunday. It looks like he planned this. But what is strange about this is that he did not display any sign of depression before taking his own life.”

The police officer who also chose to remain anonymous said preliminary investigations revealed that the artist had gassed himself at home.

The police officer also said he was surprised when Tladi’s parents said they suspected foul play and asked the investigating team to ask a toxicologist to investigate the cause of his death.

“The report will reveal whether or not there was suffocation from the fumes he consumed or he was killed. The detectives have already acquired the services of a toxicologist to conduct investigations and would know by next week Friday what the exact cause of his death is. ”

“From there they will decide whether or not to commute the inquest to murder or proceed with inquest investigation,” said the cop.

When police arrived at the rapper’s residence last month they were ushered to Tladi‘s bedroom where they found his lifeless body.

“On arrival, they found Miss Victoria and SB Security officer and they took them to the bedroom where there was a man lying on the bed with a clear plastic under his head. And there was also 10kg bottle with pipes and there was no sig (sic) on a man and medic (sic) Mr Neil Van Der Merwe certified him dead and the body was taken to a mortuary,” read the statement.

The artist’s father Peter Tladi told the publication that they’re still waiting for an autopsy report and the inquest has not been finalised.

Peter added that his son did not display any signs of depression before his death.