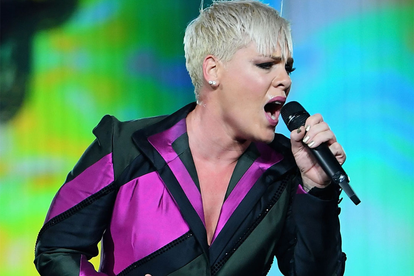 Pink sat down for a touching Zoom call with fan Diane Berberian, who is in hospice care battling cancer. Image: @WikiMediaCommons

Pink sat down for a touching Zoom call with fan Diane Berberian, who is in hospice care battling cancer. Image: @WikiMediaCommons

Diane is an elite runner, triathlete, and Ironman competitor who is in hospice care after being diagnosed with bone cancer. One of her biggest wishes was to hear Pink sing live…and her dream recently came true.

From helping the female Norwegian volleyball team fight for the right to wear more covering clothes, to giving money to fight Australian wildfires, Pink always does what she can.

After having expressed her dying desires on social media, Diane finally got to tick off one of her top bucket list items.

Pink reached out to Diane after another fan “tipped her off,” as reported by E!Online. Giving 30 minutes of her time, the Just Give Me A Reason hitmaker helped make this woman’s troubles a little lighter.

Speaking to Diane, Pink let her know what an absolute inspiration she is. Singing We Are the Champions for Diane was an absolute honour.

“You have a kind of bravery that I don’t understand. You’re bringing comfort to other people while you’re walking through this.”

Diane thanked Pink for her time, calling it a “beautiful act of kindness.” The heroic cancer patient told the singer that she loves absolutely everything about her.

“Pink, I love you, I love everything about you.”

Diane has bone cancer that has reached her liver. As per reports, one year ago she was told that she would live for just another month. Look at her now!

Despite what doctors have told her, Diane has been living to the fullest and has since had a day in Boston named for her.

The strength of this woman is sure to have inspired many far and wide. Having recently run the Philadelphia Marathon with help from friends, on 21 November 2021, Diane wowed many.

Diane refuses to let cancer steal the last moment of her life. She will live every moment to the fullest until cancer finally wins the battle.

WATCH THE MOVING MOMENT BELOW