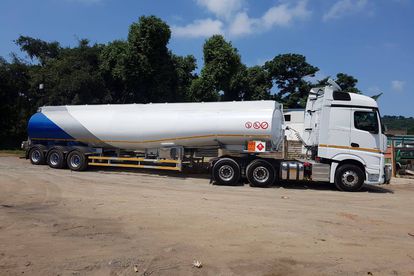 Sure, the prices of petrol is enough to tempt you into robbing a bank, but stealing an entire petrol tanker has to be a first for South African thieves.

On Monday 18 April, news that a fuel truck was “stolen” in Stanger, KZN went viral.

The tanker has yet to be found.

SIV NGESI AND REST OF SA SHOCKED BY NEWS

He actor and media personality captioned the unbelievable post: “Yes petrol is expensive but this is crazy South Africa , this place is a bloody movie!”.

And followers of the star also found the news hard to digest – and slightly amusing.

@itscamillajane: “You can’t make this s**t up!”

@nicholaswouters: “Wow . That takes some balls”

On Twitter, tweeps agreed that the theft of the petrol tanker was an “inside job”

Others voiced their empathy at those who stole it.

This, after the country faced widespread shortages amid a fuel crisis, reports MailOnline.

The tweet posted a clip with the caption: “The other day we laughed at the UK for having police escorts for fuel tankers. Maybe SA should do the same”.