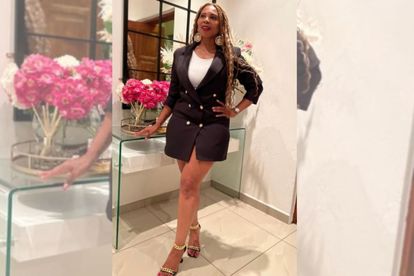 Popular radio presenter Penny “The Phly One” has returned to the SABC along with Tbo Touch, Proverb, and Mapaseka Mokwele.

This is after she quit Limpopo-based radio station Thobela FM in 2012 exiting Metro FM more than a decade ago.

Lebyane announced on her Instagram that she will be joining Radio 2000 as host of a lifestyle show titled Inspired Sunday between 3 pm and 6 pm.

She will engage extraordinarily inspiring South Africans who’ve beaten many odds on her Sunday show.

The station also announced that former Kaya 859 broadcaster Mapaseka Makwele has been added to their 2022/2023 lineup as host of the holistic lifestyle living talk show Life, Love and All from 19:00 – 21:00 Mondays to Thursdays.

Tbo Touch and Proverb also made headlines several weeks ago when Metro FM announced that they’re joining the 2022/2023 lineup.

Touch returns for the drive time slot “The Touchdown” and will take over from the Kings of the Weekend, hosted by DJ Spectacular, and Naves.

Touch is reportedly the most paid broadcaster in Mzansi and will get paid R480 000 per month, plus a solid R30 000 car allowance.

The radio personality returns to Metro FM after leaving the station six years ago when he was paid R200 000 a month.

Touch revealed in an interview at Kaya 959:

“No one’s ever left in their prime. If you look at where I was there, you’ll know what I’ve done.”

“You don’t make that kind of decision when you’re earning the biggest cheque in the building. [I said] ‘I’m out!’ on principle.”

YFM’s popular afternoon presenter Khutso Theledi is also joining the station as co-host of the morning drive Wake Up On Metro with Moeti Tsiki – who is popularly known as Moflava from 5:00 – 9:00 on Metro FM.