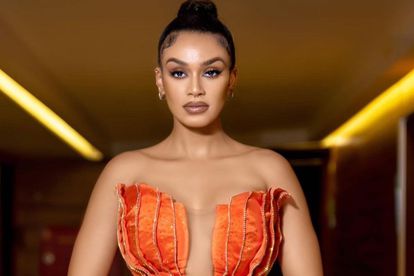 Over the last week, Nota Baloyi has stirred enough backlash to last an average person a few years. The entertainment manager has been making all sorts of controversial statements on Twitter which have seen him get criticised to the moon and back. Despite this, he continues to poke at the patience of Twitter users after slamming actress Pearl Thusi as a deadbeat mother in a recent podcast.

According to Baloyi, Pearl Thusi is one of many SA celebrities who practice “helicopter parenting”

He has proved this multiple times this week alone after saying the most controversial things on podcasts and sometimes even tweeting them.

The controversial media personality came for Pearl Thusi recently and called her a deadbeat mom who “helicopter parents” her kids.

Pearl was not having it

Pearl did not take his statements lightly and quickly took to Twitter to slam him.

“1- I have two children (that I love, live with and I pay for everything)

“2- I’m a black woman. Why are white women never targeted- because they are feared for some reason. Backing down is never an option when it comes to my kids and the lessons o teach them,” she wrote angrily.

Many of her supporters encouraged her to ignore Nota who they say is not worth her time. One fan, @vuyokazi wrote:

“Sumyeka!!! (Leave him) U don’t have to go into an explanation on why, usile lamntu! Ungamyeki!!! Kunin enyel abantu kumane kuthwa mental illness, no he knows exactly what he’s doing”

“How do you give parental advice if you don’t have a kid, or about someone’s lifestyle if you don’t have fame..? It takes a lot of hard work to get to where all the celebrities this guy speaks about are The guy is broken talking down/crash about another is what broke people do.”