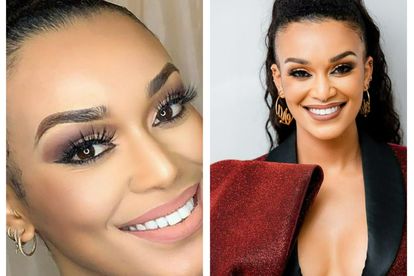 Pearl Thusi has ventured into the music space. Images via Instagram: @pearlthusi

Pearl Thusi has ventured into the music space. Images via Instagram: @pearlthusi

Actress Pearl Thusi told Hype Magazine Charles Myambo that she is currently working on new music with a music producer that has worked with Ciara.

“Deli is the man who convinced me to start making music and he’s a prolific producer who has produced for…the likes of Ciara, Tyler here in South Africa, he’s also producing his own music so he is really prolific…we were going out together while I was hosting at the clubs or whatever cos I like hanging out with people…,” she said.

Pearl says the super producer always brought up the topic and she also has secretly wanted to venture into music.

“I recorded a song and I’m tryna decide when to put it out so I will keep you updated…It’s good but I guess everybody says that about their making music but I’m loving it but if everybody hates it, I still love it and I guess that is what matters about art,” she said.

This will be the first time Pearl releases a song and people seem excited about her latest venture.

Pearl and musician Anatii are rumoured to be an item following hints from their social media activities as well as a confirmation from a source.

IOL reports that the two media personalities are trying to keep their relationship away from the public but have been spotted together a few times.

“They are not hiding their relationship, they do go out to restaurants, events and other places – they just avoid media but it’s just a matter of time before they go public or start posting. They want to make sure that the foundation is solid,” a source told Zimoja.

Africa’s biodiversity: We can’t protect what we don’t know

Nigerians’ lives are at risk of neglected tropical diseases