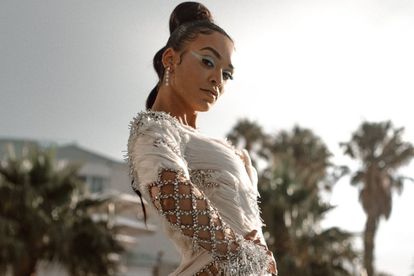 The actress and media personality took to Instagram this week to lament the price of the airline’s tickets – and their lack of food onboard – in a rant that many called “privileged people’s problems”.

But Pearl is not backing down, insisting her argument is “valid”.

In a video posted on Twitter, Pearl Thusi can be heard complaining about British Airways not serving food on their flights.

She said: “We need to discuss British Airways charging us – one way to Cape Town – R6000, which mind you I’ve done. And then they just serve you still and sparkling water.

“SAA is serving food, even if it’s still tricky, Airlink is also serving food and drinks. [In British Airways] For business class, all you get is water…we’re suffering…not even a Coca-Cola…rude, very rude!”.

Tweeps found Pearl’s comments unrelatable though. They responded with comments like…

“@PearlThusi must tweet about really important things. Shem. There she is suffering in business class whilst the rest of us can’t even afford food.”

“The problems of the privileged”

“I won’t lie I’m gutted for her hey.. she’s suffering in business class”

Pearl Thusi responded to the backlash on Twitter by emphasising that she had a problem with “only” being served wate.

She responded to one tweep, posting: “It’s what they’re charging for those tickets via the service. But I guess we all have our struggles. There’s no way a 6K flight can only offer water. It’s ridiculous – that’s my nkinga here”.

And asked why she was flying British Airways, despite her gripes, she added: “She already booked. That’s why”