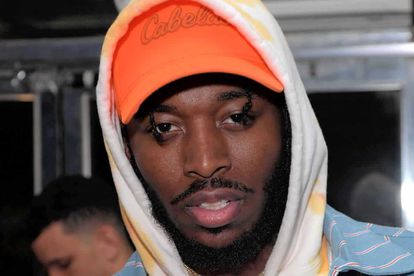 After concerns of a heated argument surfaced on Twitter, Megan Thee Stallion cleared the air in the Instagram live video saying she did not like what people were saying about her new boyfriend.

“I didn’t like what they was trying to say about Pardi. Cause he is so calm and so sweet. And very, you know … That’s my boo. And I really like him.”

“He is so perfect and he would never do anything to hurt me, just so y’all know,” she added.

Haven’t heard of Pardison Fontaine before? Here are five things you need to know about the 31-year-old musician.

PARDISON FONTAINE NAME INSPIRED BY ‘BACK TO THE FUTURE‘

The rapper’s real name is Jordyn Kyle Lanier Thorpe. The name Pardison Fontaine was inspired by the 1985 film Back To The Future, as he initially called himself “Pardi McFly” as a fun twist on the character Marty McFly. He later dropped the “McFly” and kept the “Pardi”.

“Then, I thought to myself, ‘Jay-Z is not going to do a song with somebody named Pardi McFly. So, I just dropped the McFly and I kept the Pardi,” he told People.

PARDISON FONTAINE BEST KNOWN FOR ‘BACKIN’ IT UP’ FEATURING CARDI B

Released in 2018, the hit Backin’ It Up features Cardi B and is off Pardi’s UNDER8ED mixtape from 2019. The music video has had more than 164 million views on YouTube.

WATCH PARDISON FONTAINE’S ‘BACKIN’ IT UP’:

HE HAS A DAUGHTER

Pardison Fontaine has a four-year-old daughter, Jordyn Jr, who is named after him. He often posts cute snaps of her on his Instagram account. However he has not revealed who her mother is.

HE IS A GHOSTWRITER

According to The New Yorker, Fontaine’s name appears in the credits of 12 of the 13 tracks on Cardi B’s Invasion of Privacy album. She also once publicly thanked him for his ghostwriting, which is not common in the music industry.

HE IS A BLACK LIVES MATTER ADVOCATE

He was also on the team of writers for Kanye West’s 2018 album Ye and worked on Ed Sheeran’s 2019 hit South of The Border.

Fontaine is actively part of helping the community in Newburgh, New York, where he grew up. He uses his platform to advocate for causes like the Black Lives Matter movement. He advocated strongly for justice for the late Breonna Taylor on his social media platforms.