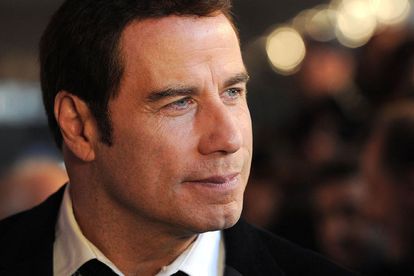 While the 2022 Oscars were overshadowed by Will Smith’s slap of host Chris Rock, there was another touching moment that was sadly overlooked. Photo: AFP

While the 2022 Oscars were overshadowed by Will Smith’s slap of host Chris Rock, there was another touching moment that was sadly overlooked. Photo: AFP

While the 2022 Oscars were shockingly overshadowed by Will Smith’s slap of host Chris Rock, there was another touching moment that was sadly overlooked.

WATCH | THE KIFFNESS DOES IT AGAIN – WILL SMITH STYLE!

Actor Jamie Lee Curtis held a puppy as she honoured Hollywood icon Betty White and her dedication to animal welfare during the In Memoriam segment of Sunday’s 94th Oscars.

White died on 31 December 2021, less than three weeks before her 100th birthday.

The 63-year-old Curtis called White a “legend”, telling the audience, “The greatest gift you could give Betty White is to open your heart and your home and adopt a rescue dog, just like Mac ‘n Cheese, from Paw Works”.

Mac ‘n Cheese did not have to wait long for her forever home as the pooch has since been adopted by none other than Hollywood heavyweight John Travolta and his family!

“They were dumped in a box outside the Avenal Shelter,” Chad Atkins, the co-founder and executive director of Paw Works, told PEOPLE about the harsh start to life for Mac ‘n Cheese and her siblings – who were also given food names like Hot Dish and Casserole.

The Avenal Animal Shelter is a rural shelter in California that works closely with Paw Works, an animal rescue organisation in the same state to find homes for pets.

When this year’s Oscars arrived, Mac ‘n Cheese was the only member of her family that had yet to find a new home.

She ended up being the puppy picked for the show – thanks to a bit of luck and Jamie Lee Curtis.

Good Dog Animals, a production company for animals, was originally going to provide a trained canine for In Memoriam segment.

“It was actually Jamie Lee Curtis who said, ‘No, no, no, we can’t do that. Betty White is known for her compassion for four-legged friends, and she was always a huge advocate of animal rescue. It has to be a rescue animal,’ “ Atkins says.

After Mac ‘n Cheese’s onscreen moment, Atkins held on to the puppy for the rest of the night.

And while several people backstage expressed interest in adopting Mac ‘n Cheese, it was John Travolta who held her for 30 minutes, said he wanted to adopt her and followed up the next day.

After the formalities were completed, Atkins packed up Mac ‘n Cheese and her supplies and drove her out to meet her new forever family.

He took a photo of the Hollywood legend, his son Ben and Mac ‘n Cheese which the actor shared to his 3.8 million followers on Instagram (below), writing: Ben adopted this dog from last nights Oscar tribute to Betty White. Thank you @curtisleejamie & @pawworks