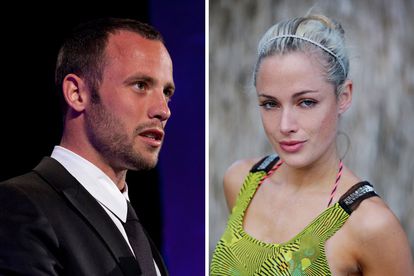 The family of Reeva Steenkamp are supporting a decision by the Supreme Court of Appeal which states that Oscar Pistorius only becomes eligible for parole in 2023.
Images via Flickr.

The family of Reeva Steenkamp are supporting a decision by the Supreme Court of Appeal which states that Oscar Pistorius only becomes eligible for parole in 2023.
Images via Flickr.

The parents of Reeva Steenkamp – the woman shot and killed by her boyfriend Oscar Pistorius – are no closer to finding solace now, since her death in 2014. And this is weighing heavily on them in light of his impending parole process, claims the family attorney Tania Koen.

Pistorius has made headlines in recent weeks after his parole hearing was revoked over a miscalculation over his sentence.

In South Africa, offenders are eligible to apply for parole after serving half of their sentence.

OSCAR PISTORIUS: THE LATEST ON HIS PAROLE ELIGIBILITY

Last month, Beeld reported that Oscar Pistorius had his parole application revoked following a discrepancy over the dates of when his sentence began.

This follows the former Paralympian’s complicated murder trial, which saw him receive three different rulings. In 2017, Pistorius was sentenced to 15 years imprisonment for murder by the Supreme Court of Appeal (SCA). Due to the time already served, this was amended to 13 years and five months behind bars.

According to claims made by Pistorius’s attorney Julian Knight, he received two directives from the SCA which claimed that the sentence be antedated to 2014, the year the offender was originally sentenced.

In his application, Pistorius and his attorney argued that as such, he was eligible to be considered for parole in February 2021, as they believed he had served half of his prison sentence.

However, the Atteridge prison, where he spent the majority of his sentence, claims that Pistorius will only become eligible in March 2023.

Pistorius was convicted of culpable homicide in October 2014. This was later upgraded to murder in December 2015. He was handed a six-year prison sentence. However, the Supreme Court of Appeal increased his jail term to 13 years and five months following an unsuccessful appeal in November 2017.

Speaking to SABC, Tania Koen claimed that the 2017 ruling was “unambiguous and clear”.

She said: “It’s always been our view that the SCA’s decisions in November 2017 was unambiguous and very clear. And that’s the date from which the sentencing should run. The reports had already stated that they had taken into account the time already served”

According to Koen, the SCA issued another directive last month which states that their decision made in 2017 was correct and that “subsequent amendments had disregarded the law and facts”.

She added: “From 24 November 2017, Oscar Pistorius must serve half of his sentence for him to become eligible to become considered for placement of parole”

Tania Koen then explained that next year, the parole board would reconvene ahead of an application from Oscar Pistorius.

She added that the board was compelled to give the family 30 days’ notice of the date to meet. The family of Reeva Steenkamp could then personally appear or make written representations

While Koen claimed that the decision to be placed on parole was determined by a variety of factors, the victim’s family influence was one of them. She added: “It does carry a certain amount of weight”.

Of how Reeva’s parents are coping with the sequence of events, she added: “Its a very traumatic situation for them. The wounds have never really healed, its constantly being opened.

“[However] The fact that there is clarity does now give them some form of relief. They now know what is in store for them, and what the next step is”.

But despite the tragedy taking place almost a decade ago, the Steenkamps are still grappling with grief.

She added: “A lot of people will say to them that it’s time to get over it. I think that is very harsh. Everybody grieves in their own manner. The fact remains that they lost their daughter in a horrendous way. It’s always with them. They miss her every day, every holiday, every birthday.

“The fact that next year will be 10 years [since she died] has not made it any easier for them. In fact, they miss her even more”.