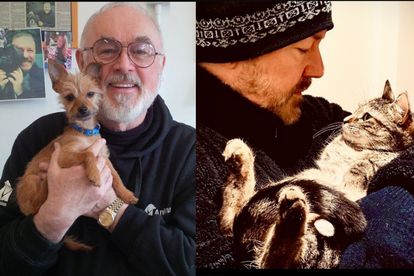 Following the takeover of Afghanistan by the Taliban, celebrity activists Ricky Gervais and Peter Egan are pleading with the British government and the public to support Operation Ark.

Animal rescue organisation Nowzad, founded by ex-Royal Marine Commando Pen Farthing is facing the danger of having their facility overrun by the Taliban, putting the rescue staff and about 200 animals at risk. Nowzad has therefore launched a fundraiser titled Operation Ark to assist in covering the transport costs of staff and animals to the United Kingdom via a cargo plane.

An estimated 98 dogs, 88 cats, and 25 staff members will need to be flown to safety.

“Without a doubt, there has been a complete waste over the loss of life for the last 20 years. What is happening in Afghanistan today is an absolute travesty. The US and the UK are now giving the world a masterclass in how to completely ruin a country and create a humanitarian crisis,” said Farthing according to Express and Star.

“I need to get my staff out. There’s been absolutely no communication from anybody in the Foreign Office (about) my Afghan staff, who are now in the most desperate position. They need to be taken out of Afghanistan. They have got to leave because of what we have done to this country. They are in danger,” he added.

English comedian Ricky Gervais has called on the public to help raise funds for the rescue mission.

“Pen Farthing and his team Nowzad have done amazing work for over a decade in Kabul, they have saved thousands of dogs and provided work for the local community and instigated educational programs which have benefited their community. Their lives are now in danger. They need our help now,” said Gervais according to Algoa FM.

“Hi everyone, I have just finished talking to Pen in Kabul, apparently the Taliban have now occupied the building next to his shelter so its a very dangerous situation,” said Egan.

“Pen is showing just true leadership in this fiasco, which is very rare at the moment with all the key players involved, he is a very very brave man and his team are just sensational,” he added.

You can assist by making a donation to the Nowzad website here.