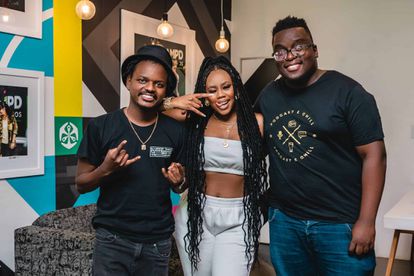 Old Mutual has announced it is severing ties with MacG for making transphobic comments on his podcast Podcast and Chill with MacG.

“Old Mutual has seen the discussion that took place on MacG’s podcast. As a responsible business that fully respects the rights of everyone, we have decided to terminate the relation with MacG, with immediate effect. We distance ourselves from the harmful commentary against the LGBTQI community and humanity at large,” the finance company said.

It said that MacG’s commentary was both ignorant and insensitive, which shows that much education needs to happen, especially in a country where people continue to ostracised, abused, killed and raped for being who they are.

“As a country it is our duty to educate ourselves and hold each other accountable, to ensure that everyone’s rights are protected,” Old Mutual said.

In an interview with radio personality Sol Phenduka, the pair talk about the LGBTQ community and in particular, the transgender community. In no time, the conversation went completely downhill mentioned a rapper who had apparently had relations with a trans woman.

“Interesting fact, one of the members of G-Unit, Young Buck, used to see a trans person…A shemale but I think that’s a bad term, we don’t use that term,” he said.

“A trans person, so a woman with a d*ck,” he said, prompting MacG to burst into laughter.

A woman in the background can be heard correcting him saying: “It’s a trans female”

“Yeah but he saw a woman with a d*ck,” Phenduka said again.

“transphobia and homophobia is violence. the lives of trans people matter. when platforms like MACG’s podcast invalidate their existence with ‘jokes’ & derogatory terms many intolerant people feel comfortable to violate & endanger those lives too. it is dangerous & intolerable,” said one Twitter user.