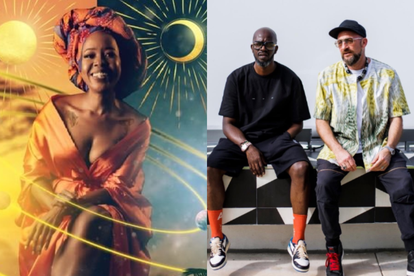 South African human rights activist and poet Ntsiki Mazwai is known to ruffle feathers on social media. In fact, she almost always heads on to Twitter and stirs a bit of drama with her views and opinions. This time, she was accused of being jealous after throwing a massive amount of shade at celebrated DJ Black Coffee.

According to the poet, the musician is a product of “white investments” and is essentially a “white creation”.

If there is one thing about Ntsiki Mazwai, it is that she does not fear massive Twitter backlash. The poet almost always goes into the app with the intention to start some drama and this time she aimed her guns at one of the country’s favourite musicians Black Coffee.

According to Mazwai, the DJ was “chosen by whites” who have a habit of choosing one black person to celebrate.

While she didn’t mention the DJ’s name in her tweet, it was clear that her message was about Black Coffee who recently revealed that he had produced some songs on US rapper Drake’s album, Honestly, Nevermind.

“Mina, I get tired of whites choosing one black to celebrate and invest money in. Now we always gonna have to twirl for this one chosen DJ???

“Woooo I can’t guys… Too many talented black people and DJs for me to play along with the white creation. Ndixoleleni,” she wrote.

The post didn’t go unnoticed by local Twitter users who knew immediately who the shade was meant for. Many of them accused her of being jealous of Black Coffee’s success.

“I jealous engaka ekseni. Yhoo but u really reaching now. He didn’t just land there he worked damn hard, he deserves it.”

“Before white people approved of Black Coffee we already had given him his place and idolised him as SA’ns. What you saying comes from a place with which I can’t really identify. Black Coffee deserves what he has, what you saying is out of tune. Wena keep on listening to Jerusalema.”

ALSO READ: Cassper Nyovest is ‘not as famous as Black Coffee’ but happy where he is