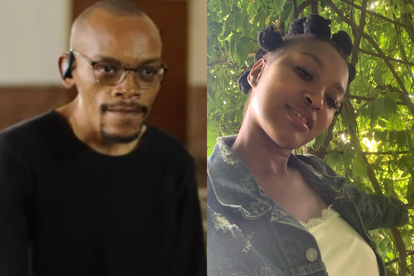 South African entertainment manager and controversial Twitter user Nota Baloyi has left many of his followers super confused after he professed his love for his estranged wife Berita. This is because the two have been engaged in a rather public spat for the last few weeks as Nota continues to make controversial statements about various local celebrities on his Twitter page – something Berita has actively chosen to distance herself from.

While some love that Nota is attempting to fix things with his wife, others have compared his actions to that of American rapper Kanye West who also behaved alarmingly when his estranged wife Kim Kardashian started moving on with her life.

The last few months have proven quite bizarre for the entertainment manager who managed to ruffle quite a few feathers with his endless controversial opinions on various subjects and celebrities.

Among some of those tweets, were insults directed at his estranged wife Berita who he accused of being “taken” by the illuminati.

Weeks later, he also demanded that she return the designer bag he bought her during happier times.

And now, he has managed to do a complete 360 after wishing Berita – who is currently vacationing in Spain – a good trip.

He also added that he loves her and is happy she is enjoying the trip they planned together last year.

“Travel safe Mrs Baloyi, glad your trip to was as rewarding as you envisioned when we planned it last year. I love you!

His post did not sit well with many who thought it seemed a little much – especially considering his behaviour toward her in the past.

Some even remarked that it reminded them of Kanye who displayed similar bizarre behaviour to Kim.

“This is giving Kanye West moves. Fight for your family bro, love it!”