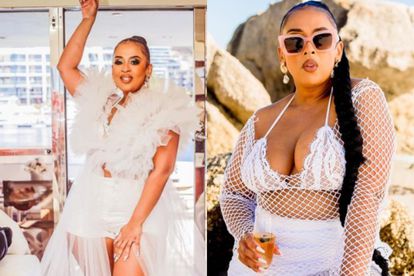 Nonku Williams opens up about ‘RHOD’. Images via Instagram @nonku_williams.

Nonku Williams opens up about ‘RHOD’. Images via Instagram @nonku_williams.

Reality star and businesswoman Nonku Williams opens up about Real Housewives of Durban (RHOD) season one and two.

NONKU OPENS UP ABOUT ‘RHOD’

The RHOD star opened up about her time on the show. When she made her debut on season one of the hit series, she immediately set tongues wagging. This was because she was the “baby mama” of her co-star Ayanda Ncwane’s late husband Sfiso Ncwane.

The reality star and Sfiso have a daughter together. So, Tweeps were divided on how they felt about her. She said that she was first misunderstood but later people realised she is actually the victim.

“Season one first time coming onto the screens, that’s when people first learnt who Nonku was. At first they didn’t understand me and then they thought Nonku is really funny because I would say things that will make people laugh. And I would then annoy them because of my honesty and the fact that I’m a straight shooter,” she said to Tshisa Live.

“How season one ended, for instance, it wasn’t nice for me. But as the season progressed they said Nonku is actually a victim here, she is clearly a nice person. So I’m happy for all the ashes. Hence my message is always beauty for ashes or ashes to beauty. Because those ashes I know God in my life uses them,” she continued.

SHIFT FROM SEASON ONE TO TWO

However, the reality star felt like people learnt to love her towards the end of season two.

“I appreciate every blow, every bullying, every hardship, you know, that I experienced in this show because I really believe at the end of season two, people had a very nice taste of Nonku,” she said.

“A very sweet taste of me. They love me and I know it’s not because it’s unknown, the fame of God. But what they love is that I’m just authentic. It’s purely that I’m not perfect and most people love authenticity because I really believe a lot of  people like to act, whether they’ve been paid for it or not. It’s worse when it’s camera action,” she continued.