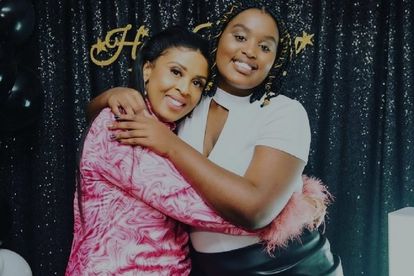 Nonku Williams received a lot of backlash for a caption she wrote about her daughter. Image @nonku_williams/Instagram

Nonku Williams received a lot of backlash for a caption she wrote about her daughter. Image @nonku_williams/Instagram

Reality TV star and businesswoman, Nonku Williams got dragged on social media on Saturday 4 June for an Instagram post that many felt was “insensitive” towards her daughter, Nothile Ncwane.

WHO IS THE MOTHER? NONKU ASKS

An Instagram post that Nonku, 42, felt was innocent and probably playful garnered a lot of backlash from fans.

The Real Housewives of Durban star took to IG to post pictures of herself and her daughter, Nothile Ncwane, 15, whom she shares with late gospel musician, Sifiso Ncwane. In the images, the pair seem to be out enjoying some mommy and daughter time at Highbury Preparatory School in Hillcrest, Durban – where they reside.

“Ok. I can’t tell…who’s the mother between the two” Nonku captioned the photos.

Twitter and Instagram users did not appreciate Nonku’s post, with many claiming she is contributing to her daughter’s self-esteem issues that she may already be encountering.

A tweep, who captioned Nonku’s tweet, asked if she was being hypersensitive for thinking that the caption was off. To which several tweeps, agreed that it was indeed off.

“You are not hypersensitive she can’t do that already her teenage daughter has to worry about weight and now her mom comparing them now it’s not on. Her caption should have said best friends not that,” one tweep responded.

“Imagine this being my mom, yoh now I can’t help but think about how this girl is probably getting bullied every day by her mom. The funniest thing about being fat is having skinnier older women swear up and down that they look younger than you. Like ma’am I don’t care please,” another tweep said.

With the backlash piling up in her mentions, Nonku wrote a follow-up post defending herself and her daughter.

“Normally I wouldn’t respond to such comments but for the sake of my beloved daughter, I have to say PEOPLE CALM THE HECK DOWN!!!! She is my daughter! I know her more than any of you so please….I love her more than life itself. Please let’s all deal with OUR OWN ISSUES…REST,” Nonku lashed out.