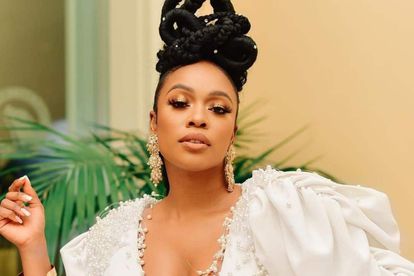 Nomzamo Mbatha will be on ‘The Real’ this week. Image via Instagram @nomzamo_m

Nomzamo Mbatha will be on ‘The Real’ this week. Image via Instagram @nomzamo_m

South African actress Nomzamo Mbatha is set to join Loni Love, Jeannie Mai and the other big-name presenters on the hit talk show The Real on Wednesday 3 March.

On 28 February, the talk show announced their guests for the week through a short promotional clip on Twitter.

The actress was cast among A-list actors in the upcoming film Coming 2 America. She will appear on The Real alongside her co-star, Jermaine Fowler.

The former IsiBaya actress, who is now based in the US, is said to be “dropping some tea” as they do on the American talk show.

She has also been featured on BBC Africa.

Coming 2 America stars Eddie Murphy and is the sequel to his 1988 classic. It will be released on Amazon Prime on Friday 5 March.

“I definitely brought that element in. That is your traditional African woman, you can’t get that anywhere else,” Mbatha told Sowetan Live.

“There were scenes where I spoke IsiZulu, but because there is so much that the film has to offer we didn’t get to see that,” she added.

The actress is flying the South African flag high in the US with The Hollywood Reporter naming her the “next big thing” a few days ago.

The title brought out all the emotions in Mbatha. She shared her response in this poignant post:

MBATHA DOES NOT WANT A MAN

Being as busy as she is, Mbatha has no time for a man right now.

Mbatha reportedly said she was busy securing the bag right now and having a man would just slow her down. This means she is likely unbothered about the rumours of her ex-boyfriend Maps Maponyane and Boity Thulo being an item.

Did Maps Maponyane put a ring on it? Boity test-drives engagement ring