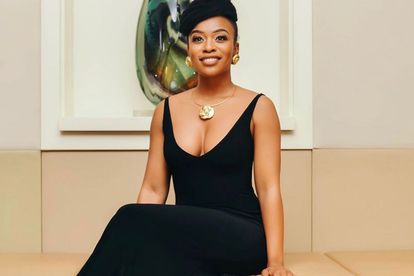 Actress Nomzamo Mbatha made South Africa proud in her role in Caraig Bruwer’s Coming 2 America earlier this year. Mbatha is now about to feature on Hollywood’s big screen in an upcoming Thriller film.

Soul Assassin, directed by Jesse Atlas, is set to hit the big screens in 2022 and will feature big-time US actor Bruce Willis and actor producer Barry Jay Minoff.

The film is based on a short sci-film film, Let Them Die Like Lovers that Atlas wrote with screenwriter Aaron Wolfe. The film follows the story of a man who was killed in an experimental military programme.

The news of Nomzamo’s new Hollywood role was announced by entertainment commentator Phil Mphela who congratulated her on the role, but it is still unclear about what role Nomzamo will play in the film.

Saban Films is the production company responsible for Soul Assassin. They have a number of films under their belt, including the 2017 Power Rangers film, and The Forgiven starring Forest Whitaker.

Soul Assassin is Nomzamo’s second Hollywood role, after starring in the comedy Coming 2 America with the likes of Eddie Murphy, James Earl Jones, and Leslie Jones.

The film was the sequel to Coming To America released in 1988. Nomzamo has certainly been flying the South African flag high across the world and it seems like she is just getting started!

Speaking to Flaunt magazine, she explained that she was intimidated by being surrounded by some of Hollywood’s biggest actors. She described it as an out-of-body experience.

While in Hollywood, she felt like she had a moment where she felt like she didn’t feel like she should be there. Actress Shari Headley comforted her and reminded her that she deserves to be on the set, and that the moment belongs to her.

The actress has been living it up in Los Angeles, and posted Instagram pictures while on the set of a film in Alabama.

ALSO READ: Making waves in the US: Nomzamo Mbatha to appear on ‘The Real’