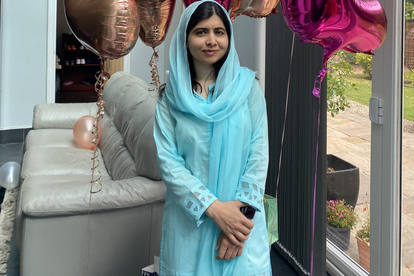 Malala Yousafzai has just tied the knot. The 24-year-old said “I do” during a small ceremony at her Birmingham home surrounded by family members. She headed to Twitter where she shared the news and some photos of the two of them looking all sorts of happy and in love.

Malala Yousafzai weds the love of her life

Almost a decade ago, Malala Yousafzai was shot in the head by the Taliban after strongly campaigning for girl children’s rights to an education.

After surviving the brutal shooting, she was awarded a Nobel Peace Prize and also featured in a number of documentaries and short films, becoming a global icon for women’s rights.

Now the young woman has reached another incredible milestone after marrying partner Asser Malik, the operations manager of the Pakistan Cricket Board (PCB).

Taking to Twitter, Malala shared the exciting news with her millions of followers while also asking that they keep her union in their prayers as they start their journey together.

“Today marks a precious day in my life. Asser and I tied the knot to be partners for life.

“We celebrated a small nikkah ceremony at home in Birmingham with our families. Please send us your prayers. We are excited to walk together for the journey ahead.”

In snaps that accompanied the post, the bride and Asser can be seen standing in a garden. Malala in a pink bridal Nikah and Asser wearing a pink tie to match with his stunning wife.

Daily Mail reports that Malala’s father Mr Yousafzai is very supportive of Malala chosing her own husband despite the fact that this is not usually how Pakistani marriages work.

According to the 51-year-old, he only offered Malala some advice about the type of partner she should look out for. Mr Yousafazi said:

“I have left these issues up to Malala. She’s very independent. I will be comfortable with anyone that she is happy with.”

“The only thing I would say is that she should go for someone who respects her values, her freedom and her independence. She would be a better judge of that than me, I believe in her wisdom.”