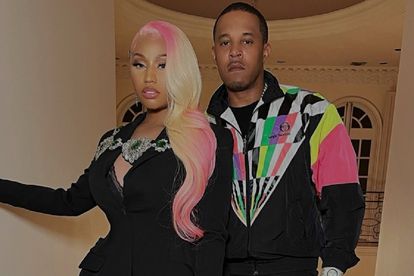 Nick Minaj’s husband Kenneth Petty has been sentenced to house arrest after failing to register as a sex offender in California. Image via @nickiminaj/Instagram

Nick Minaj’s husband Kenneth Petty has been sentenced to house arrest after failing to register as a sex offender in California. Image via @nickiminaj/Instagram

Kenneth Petty, who is married to rapper Nicki Minaj, has been sentenced to three years probation and one year of house arrest.

According to TMZ, the 44-year-old was sentenced on Wednesday 6 July for failing to register as a sex offender following a rape conviction in 1995 which he previously served jail time for.

The outlet reports that Petty should have registered as a sex offender within the required five days after moving to California in 2019.

Last year, the music executive pleaded guilty to the offence of failing to register and was also ordered to pay a fine of $55 000 (R921 000).

ALSO READ: Someone like you: Nicki Minaj impersonates Adele on ‘Carpool Karaoke’

As per CBS, more than two decades before he married the hip-hop artist, Petty was convicted of the attempted rape of a 16-year-old girl in 1995. He served about four and a half years in prison and one of the conditions of his conviction is that he must register as a sex offender whenever he moves.

As a result, prosecutors were not convinced that house arrest is punishment enough and had urged the judge to sentence Petty to further jail time.

ALSO READ: Someone like you: Nicki Minaj impersonates Adele on ‘Carpool Karaoke’

Petty and Nicki got married in 2019. The couple moved to California after marrying, and have a 2-year-old son together.

When the couple’s relationship became official, the Super Bass rapper received a lot of criticism for dating a convicted felon. However, in 2018, Nicki took to social media to defend her husband.