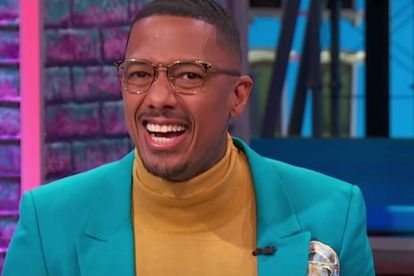 Nick Cannon has enough kids to start his own soccer team…

And whilst juggling his brood is hard enough work, with four exes – including singer Mariah Carey – his baby mama drama is next level.

But the Wild ‘N Out star was given another near-impossible challenge – choosing which baby mama is his favourite!

Nick Cannon appeared on Andy Cohen’s daytime talk show where he all but spilled the tea.

When put on the spot on which baby mama he favours from a list of Mariah Carey – whom he shares twins Monroe and Moroccan with, Brittany Bell, who is mom to son Golden and daughter Powerful Queen with, Abby De La Rosa gave birth to twins Zion Mixolydian and Zillion Heir, and Alyssa Scott who recently welcomed son Zen.

But instead of “pleading the fifth” – where US citizens can refuse to answer questions in order to avoid incriminating themselves – Nick Cannon boldy -and bravely – responded.

He said: “I got this. I ain’t scared of you, Andy. My favorite baby mama is the next one.

“Because some of my past ones could still be my next one”.

A SWEETIE FOR SAWEETIE?

Meanwhile Nick Cannon has offered to put a bun in singer Saweetie’s oven.

The presenter jokingly responded to a tweeted from the Icy Girl hitmaker, who posted about have baby fever

Without saying anything, Nick volunteered his services with a tweet which included a thinking emoji, a ninja emoji, a laughing emoji and a hand-raised emoji.

But the father-of-seven clarified what he meant, whilst appearing on his self-titled show The Nick Cannon Show.

He said: “I think I’m very much understood. Saweetie tweeted she wanted some babies and I just replied with some emojis. As an expert on babies, anybody who can speak emoji knows what that says.”