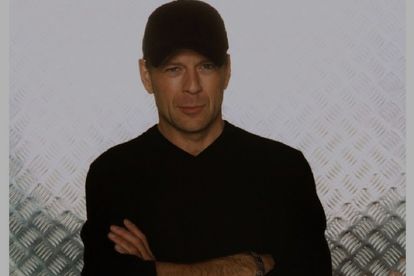 Bruce Willis will star in what may be the last two films of his acting career following his retirement from the film industry last month. Image via @brucewillisbw/Instagram

Bruce Willis will star in what may be the last two films of his acting career following his retirement from the film industry last month. Image via @brucewillisbw/Instagram

Legendary Hollywood actor Bruce Willis is set to star in two new movies — Corrective Measures and Fortress: Sniper’s Eye — which will be released this Friday 29 April.

These could be the 67-year-old Die Hard actor’s very last films after his family announced his retirement from acting last month. The iconic action hero actor has been diagnosed with aphasia which impacts a person’s language skills and can cause major issues with reading, writing, listening and speaking. Those affected may use words in the wrong order.

Willis plays the lead alongside Michael Rooker in Corrective Measures, a sci-fi action film based on Grant Chastain’s novel of the same name.

The movie is set in San Tiburon, the world’s most dangerous maximum-security penitentiary. It follows a host of monsters, cyborgs, and villains that all occupy the same prison.

In the film, Willis plays Julius “The Lobe” Loeb, a wealthy genius, while Rooker plays Devlin who is a corrupt warden after The Lobe’s riches.

Sean Patrick O’Reilly of Howard Lovecraft and The Kingdom of Madness wrote, produced and directed the movie.

“Corrective Measures is a project I’ve been wanting to see come to life from the pages of Arcana’s graphic novel series for a long time. Overseeing this project from script to screen has been an incredible journey, and to have my live-action directing debut at this level with so many talented cast and crew is truly a dream come true,” O’Reilly told Variety.

WATCH THE CORRECTIVE MEASURES TRAILER BELOW:

ALSO READ: What to know about Bruce Willis’ aphasia diagnosis

The film is a cyber-crime thriller and sequel to Fortress, released in 2021.

Fortress: Sniper’s Eye follows a retired CIA agent (Willis) and his son Paul (Jesse Metcalfe) as they attempt to rebuild their relationship after their epic last encounter spent protecting the highly secure secret base: the Fortress. When Paul’s wife, Melissa, is abducted, he and Robert embark on a deadly journey through the rugged mountains in hopes of saving her before time runs out – IMDB