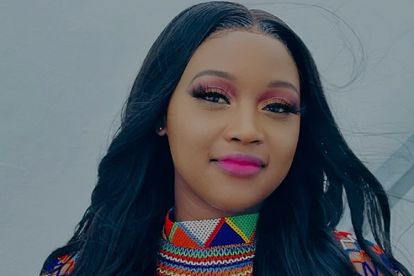 ‘Durban Gen’ actress Nelisiwe Sibiya is proud of her hard work and success. Image via @Nelisiwe_faith_sibiya/Instagram

‘Durban Gen’ actress Nelisiwe Sibiya is proud of her hard work and success. Image via @Nelisiwe_faith_sibiya/Instagram

Singer and Durban Gen actress Nelisiwe Sibiya has not always had it easy. Being raised by a single mother meant that the actress who plays the role of Dr Mbali Mthethwa on the e,tv soapie, had to jump over many hurdles as a young girl to reach success. One of those hurdles was putting herself through a tertiary institution.

Nelisiwe Sibiya may be on our screens now as a successful doctor on Durban Gen, but the Eshowe-born actress and singer has had many challenges along the way.

Speaking about her upbringing on Instagram, the star expressed how proud she is of herself for being a driven young lady. The former Mzansi Magic’s Lockdown actress would catch three or more taxis in order to get to work.

“Shout-out to my younger self after matric. The driven young me who had nothing but just a dream, a younger me who would take 3/4 taxis everyday to go work as a promoter on the streets and malls. Saving money to take myself to varsity because my mother was just a street vendor who couldn’t afford even to buy us clothes as long as sidle amagwinya asele from ukuthengiswa [as long as we’ve eaten left-over magwinya from my mother’s stock].”

Not only did she pat herself on the back, but she also paid homage to her mother for her many sacrifices.

“The same mother who would accompany me to taxis around 4/ 4:30 am in the morning so that I catch the first one. I once shared that in those early mornings I’d find myself sleeping in toilets waiting for my shift to start if I got a lift,” the actress added.

THE ACTRESS ENCOURAGES THE YOUTH

Having worked very hard to make her dreams come true, Sibiya says she cannot help but cry some times.

“I look at myself now and I cry, I cry because this is everything I always cried and praying for with my family and MORE IS YET TO COME.”

As a graduate at the Tshwane University of Technology (TUT), the talented singer and actress ended her message by encouraging underprivileged students.

“I am here to say Do it!! just Do anything that will make you grow and stop thinking “abantu bazothini [what will people say]” no one cares about you and what you choose to do now will determine your future,” she explained.

In her message, she also encouraged those who are unemployed,  who’ve lost their loved ones or are going through a divorce.