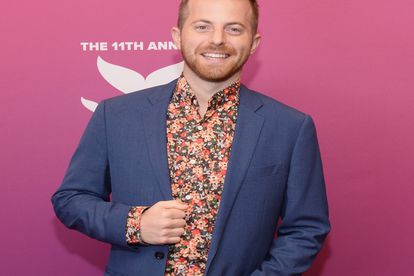 Try Guys co-founder Ned Fulmer has been ousted from the YouTube production company after cheating on his wife with a staff member. Image: Noam Galai/Getty Images for Shorty Awards via Flickr

Try Guys co-founder Ned Fulmer has been ousted from the YouTube production company after cheating on his wife with a staff member. Image: Noam Galai/Getty Images for Shorty Awards via Flickr

Fans of the massive YouTube channel The Try Guys are reeling from the news that co-founder Ned Fulmer has admitted to cheating on his wife.

What makes it worse is that he apparently cheated with a staff member in the production house.

Fulmer confirmed rumours that he cheated with a co-worker by releasing a public apology on Tuesday 27 September.

According to Buzzfeed News, the rumours emanated from photos posted on Reddit of Fulmer kissing Try Guys‘ employee, Alexandria Herring, in a New York City bar.

“Family should have always been my priority, but I lost focus and had a consensual workplace relationship. I’m sorry for any pain that my actions may have caused to the guys and the fans but most of all to Ariel. The only thing that matters right now is my marriage and my children, and that’s where I’m going to focus my attention,” says the 35-year old content creator.

The rest of the group released a statement on The Try Guys‘ Twitter account stating that they would no longer be working with Fulmer.

“Ned Fulmer is no longer working with The Try Guys. As a result of a thorough internal review, we do not see a path forward together. We thank you for your support as we navigate this change.” the group says in the statement. The remaining Try Guys are now Eugene Lee Yang, Zach Kornfeld and Keith Habersberger.”

“He basically gave every employee a chance to claim a sexual misconduct suit. It’s more than just a manager dating an employee. It is a co-owner with a subordinate. He could ruin all of their careers with this,” says one tweet that received over 12 000 likes.

Fulmer’s public image has been defined by his public affection for his wife, he earned the nickname “Wife Guy”.

This irony was not lost on the internet and the trolling onslaught has begun in earnest with multiple comments under old posts with pictures of the happy couple.

So tied is his image to the quintessential husband trope, that there are at least two official The Try Guys YouTube compilations attesting to this.

Fulmber has two children with his wife Ariel whom he married in 2012. The couple met in 2009.

Ariel has since released a short statement posted on her Instagram page.

“Thanks to everyone who has reached out to me – it means a lot. Nothing is more important to me and Ned than our family, and all we request now is that you respect our privacy for the sake of our kids,” she wrote in the post.

Fulmer leaving The Try Guys concludes an 8-year span being a member of one of YouTube’s biggest channels.