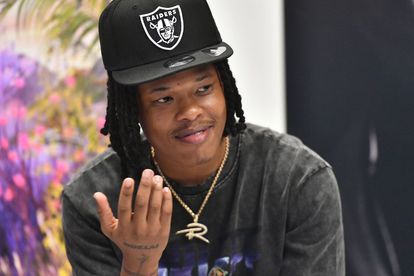 After Riky Rick’s passing on Wednesday 23 February, several Mzansi celebs opened up about the negative impact social media has had on their mental health. Platinum-selling rapper Nasty C joined the conversation on Thursday 3 March, “begging” his fans to get off Twitter.

In a series of tweets, the SMA hitmaker said the popular social media app was “just another version of hell… that’s in your phone”.

Taking to Twitter, Nasty C got candid about Twitter with his two million followers on the app. He told his fans they shouldn’t spend “all day” on the app complaining about others.

“Post your links if you must but don’t stay here. If you’re looking for love/kindness/support/understanding/solution, you won’t find it here,” said the rapper.

In another tweet, the 25-year-old rapper said “we’re giving this app way too much power and control over our real lives.”

“If you wanna be picked apart, judged, hated, dragged mislead etc. You’re in the right place. Get comfy. This is your home.”

“If you love yourself or want to start loving yourself, leave. It really is that simple.”

ALSO READ: ‘Going through a lot’: Tweeps beg Cassper to end beef with AKA

After seeing Nasty C’s statement about Twitter, other SA celebs echoed his words. The hip-hop star’s colleague, AKA said he left Twitter almost a year ago and it “basically saved his life”.

Moozlie wrote: “Got a new phone about a month ago, never downloaded it again & I’m not going back. I would HIGHLY recommend this. Thanks for sharing brother.”

OkMalumkoolkat said: “One of the darkest streets on the internet, disguised as a safehouse for opinion.”

Media personality Loot Love said: “[The] best thing I ever did for my sanity was leaving that app for good.”

Taking to Facebook on Wednesday 23 February, Makhadzi opened up about the difficulties of being in the spotlight. Commenting on Riky Rick taking his own life, the Ghanama hitmaker said she “will never judge” a celebrity for taking their own life.

“We don’t have people to talk to, because most of the people who are closest friends are the ones who mostly betray us. Instead of helping us, they go around bragging about our situation just to prove that they know us better.”

“I wish our fans know that we are human beings like any other human.”

ALSO READ: Makhadzi touches on hardships of stardom: ‘We are human too’