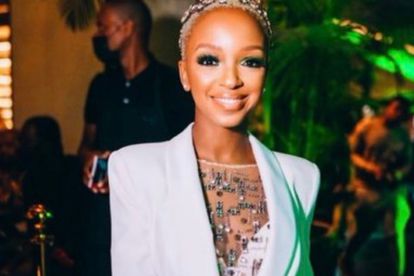 Nandi Madida is allegedly being sued R14 million by Jali Bird for cheating it out of the Lux soap deal.

The KwaZulu-Natal company has allegedly obtained a summons against Madida at the Johannesburg High Court.

NANDI MADIDA: ONE LAWSUIT AFTER ANOTHER

Lux ambassador Nandi Madida, is allegedly being sued R14million for cheating Jali Bird out of the soap deal.

The owner of the company, Sobukwe Hlongwane Jali, obtained a summons against Madida at the Joburg High Court last week.

Jali has also given the media personality 10 days to defend herself.

This is Madida’s second lawsuit in one year as she also filed a lawsuit against DJ Black Coffee’s former manager, Amaru Da Costa in October 2020.

She accused Coffee’s manager of short-paying her over R3.7-million from the Lux soap deal.

Madida cleared the air in October 2020 and tweeted:

“Thamsanqa Fakazi (known as Amaru Da Costa) from Ade Holding Propriety is not my manager.”

“He has never been my manager as his company is the agent of this campaign.”

JALI BIRD: PAY BACK THE MONEY

Madida was being managed by Jali Bird from 1 September 2018 while she promoted and endorsed the soap.

Jali Bird adds that even though Unilever did not sign the agreement, it acted according to its terms and conditions.

Madida reportedly breached the agreement, refused to perform the services for Unilever, and also refused to under Jali Bird’s management.

Her American lawyer Janine Beach wrote a letter to Sibs Jali in December 2018 and stated that Madida wishes to terminate her contract with Jali Bird.

The singer and brand ambassador reportedly wants to replace Jali Bird with another company titled, Edelman.

Madida’s drama has allegedly cost Jali Bird over R6.7-million as a result of the termination of the Lux deal contract.

The company has also alleged that they could have also earned over R7.3-million from other Unilever campaigns if the deal was successful.

Jali Bird said Madida should alternatively pay it over R6.7-million from over R8-million that Ade Holding paid to her in January last year.

Adorable! Shaka Madida proves he can sing ‘Osama’ on stage with dad