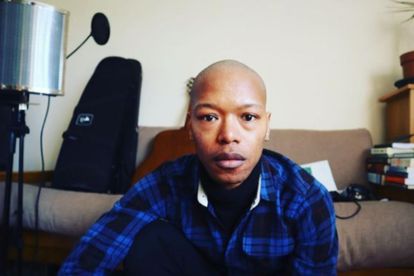 Musician and Inxeba actor Nakhane Toure recently opened up about how he survived anxiety and depression during the lockdown in an intense essay for covidhqafrica.com.

The actor says he had suicidal thoughts but didn’t give in because he realised he needed help and contacted a suicide line.

Toure called the Samaritans, a suicide line and said:

“I’m hanging on to my mind – to my place in this world- by the skin of my teeth’ line.”

“Thankfully this line was free, even though making the call still carried with it a sense of guilt and shame. That if I was truly suicidal I wouldn’t be wasting time calling anonymous helplines to talk about it. I would just do it. And that I was just performing this depression and its severity.”

“That if I hadn’t started drinking, to begin with, I wouldn’t have opened the Pandora’s Box of a depression I knew well enough was waiting to wreak havoc at any given opportunity.”

He stated that he stayed on the line for what felt like an hour and then quietly crawled into bed. The singer also explained that this happened towards the end of the first lockdown and that being stuck at home didn’t feel any different to how he normally lived his life.

The lockdown actually gave him a good opportunity to focus and begin to work on projects that he’d left idling at the back of his mind.

‘WHEN I SPEAK OF IT, I’M NOT SPEAKING ABOUT SADNESS OR MELANCHOLY’

Toure also explained his battle with depression and anxiety in detail in the essay by stating:

“When I speak of it I’m not speaking about sadness or melancholy that all human beings feel, whether it be rational reactions and responses to events like grief, breakups, and general disappointments.”

Nakhane also openly admitted to drinking alcohol daily when he was alone:

“Unlike the time prior to the pandemic when I had outlets: seeing friends, going for long aimless walks, touring my albums, visiting galleries and museums, this time I was stuck inside my small apartment drinking more and more each day.”

ALSO READ: Trevor Noah opens up about battle against depression and anxiety