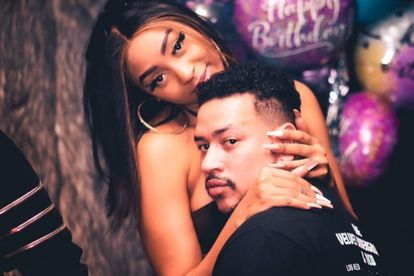 Nadia Nakai received a R13 000 Marilyn Monroe Mont Blanc pen from AKA in celebration of her 32nd birthday! Image via Twitter @akaworldwide

Nadia Nakai received a R13 000 Marilyn Monroe Mont Blanc pen from AKA in celebration of her 32nd birthday! Image via Twitter @akaworldwide

Local rapper and Young Famous & African star Nadia Nakai celebrated her 32nd birthday on Wednesday 18 May. Her boyfriend, multi-platinum rapper AKA, pulled out all the stops, penning a sweet birthday message to her on Instagram and showering her with a lavish gift. The Fela in Versace hitmaker spoiled her with a special edition Montblanc Marilyn Monroe pen which costs R13 800!

ALSO READ: ‘Avbob please be ready’: Nadia Nakai trolled after calling AKA ‘The One’

AKA and Nadia Nakai went “Instagram official” with their relationship in March after social media users were convinced they went on vacation together in January.

Taking to Instagram on 20 May, AKA shared a birthday message to Nadia Nakai writing: “Happy birthday. Saved my life.”

Taking to her Instagram stories on 20 May, Nadia Nakai flaunted her lavish birthday gift from AKA, teasing an upcoming deal…

“I’m signing something very important tomorrow so baby got me a Marilyn Monroe Montblanc Pen,” wrote the 40 Bars hitmaker.

According to the Montblanc website, the pen retails for just over R13k! In January 2021, AKA splurged R62k on a limited edition Montblanc pen and notebook.

Nadia Nakai plans on celebrating her 32nd birthday with a birthday tour. After hitting Moloko in Pretoria on Friday 20 May, Nakai will be jetting off to Cape Town on Saturday 28 May to wrap up the tour.

The rapper’s birthday party will feature performances from the likes of amapiano producer and DJ, De Mthuda and star rapper, LucasRaps.