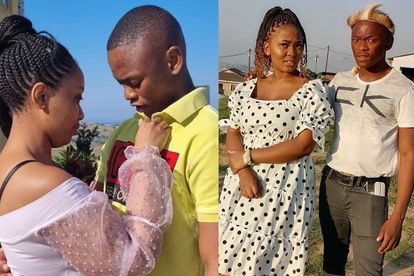 Musa’s son Mpumelelo Mseleku is marrying his girlfriends Vuyokazi Nciweni and Nompumelelo Makhanya with his inheritance. Image via Twitter @khawula_musa

Musa’s son Mpumelelo Mseleku is marrying his girlfriends Vuyokazi Nciweni and Nompumelelo Makhanya with his inheritance. Image via Twitter @khawula_musa

Mpumelelo revealed in a previous episode of the hit reality show that he’s got a baby mama and a girlfriend who know each other.

Also read; ‘I have a girlfriend and a baby mama’: Musa Mseleku’s 20-year-old son

MPUMELELO MSELEKU IS A POLYGAMIST

His father Musa Mseleku is a wealthy entrepreneur, reality TV star, and polygamist who is married to four women and has girlfriends.

Daily Sun reported that preparations are already underway to welcome both Vuyokazi Nciweni and Nompumelelo Makhanya into the Mseleku family.

“I’ve been dating these two ladies for the past two years and now I am preparing to marry them.”

“I’ve met their families and I’ve also introduced them to the Mselekus. They are effectively my fiancees.”

He also revealed that he is planning to marry his two girlfriends with his inheritance and he’s saving as much as he can.

“For now I don’t have enough money except my inheritance which I’ll use towards lobola.”

“My mother, MaYeni, is not aware of these discussions,” said Mpumelelo.

Tweeps were not amused with Musa Mselleku recently when he revealed that he’s dating his third wife’s sister, MaKhumalo.

MaKhumalo, who is the third wife of Musa Mseleku says she feels disrespected that her husband is dating her relative and plans to marry her.

Musa Mseleku plans to have children with Thobile ‘MaKhumalo’s’ Mseleku’s sister as she can’t bear him any children.

Mseleku revealed that he’s taking his next wife to appreciate his third wife MaKhumalo.

“I’m bringing another Khumalo wife to ensure that her surname doesn’t die with her.”

The polygamist also added that he was already making plans for his wives and his new wife to meet.

“Who said it’s logical? Who determined that it was wrong in the first place?”

“Our forefathers practiced monogamy and polygamy without judging the other, but since we’re “woke”.

“The abomination of mankind.”

“Wa peka this is the tradition from our fore father’s… you think it’s an abomination because of white people’s influence.”