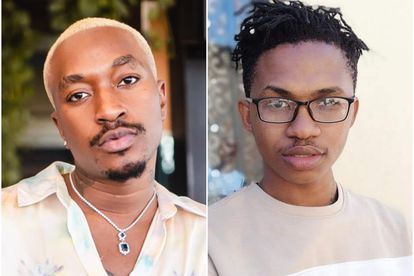 Musa Khawula’s Twitter antics have had the timeline gasping in shock and horror this week.

And he’s not done yet either!

But with the messy claims come speculation that all is not as it seems when it comes to the mysterious celebrity blogger.

WHERE DOES MUSA KHAWULA GET HIS INFO?

But what makes Musa different is his extensive knowledge of the entertainment industry and particularly when it comes to “skeletons” in their closets.

But where does he get his information from?

According to many tweeps, Musa Khawula is being “bought” by celebs with a supposed agenda. This, after Musa posted a screenshot of a note containing Mihlali’s personal information like her home address and cellphone number.

@JonesTeayanna: “I have no doubt in my mind that the Musa Khawula gentleman was paid to expose Mihlali.  That’s a very detailed turn of events, the source is most definitely the wife”

@I_AM_KediR: “After the stunt he pulled with Zozi’s dress even going as far as creating a petition, I knew it’s someone in the industry or close to the industry with something very personal against David Tlale”

Other tweeps have pointed their finger at influencer Bobby Blanco who they claim is either Musa’s industry insider or is Musa Khawula himself!

And tweeps think that the fact that Bobby retweeted Musa’s post containing confidential information is proof of it. There are also the claims that Mihlali is reportedly deleted photos and clips taken with Bobby Blanco on her social media pages

Others are reminding the TL about Bobby’s previous beef with Boity Thulo aired during her BET reality TV show Own Your Throne.

According to Boity, Bobby was “fired” as her assistant, and the pair have not seen eye-to-eye since!

WHAT DOES BOBBY BLANCO HAVE TO SAY?

Meanwhile, Bobby Blanco has swerved tweeps who have linked him to the Musa Khawula and Mihlali mess.

“Let me leave this app”, he tweeted on Monday 25 April after tweeps accused him of having something to do with Mihlali’s dating life expose.