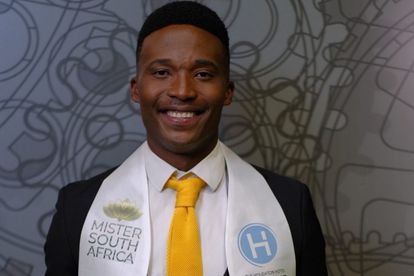 The BCom graduate and entrepreneur was crowned in a glittering ceremony on Saturday in Sandton.

The 23-year-old – the youngest in the entire competition of 75 contestants – is from Claremont KZN.

The Mr SA competition took place at the Houghton Hotel on Saturday 6 November.

The event was MC’d by actress Nicole Bessick.

Ntando was crowned the winner and his runners-up include Steph Jansen Van Vuuren and Anton Siebert.

Ntando said of his win: “Firstly I’d just like to give God the glory for this title. Congratulations to the 2 gentlemen beside me, thank you for being a part of this journey, I have learnt and will continue to learn so much from the two of you.

“Thank you to each and every person who supported me and encouraged me throughout this journey. Without your love, support and encouragement this wouldn’t have been possible.

As Mr SA, Ntando would like to use his platform for advocating and providing access for underprivileged children to educational resources.

He continued: “My goal and cause during my reign as Mr South Africa and beyond will be to create a means of access to resources for children as early as Grade 1 to have access to the same or similar educational opportunities which I had which have resulted in access economic opportunities which can enable one not only to improve their life but that of others as well.