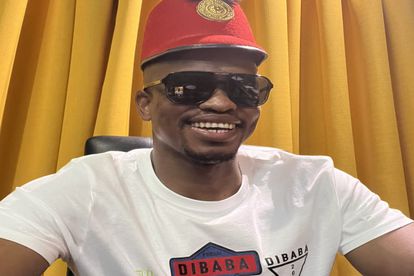 Comedian Mpho “Popps” Modikoane has impressed YouTube star MacG’s audience after making joining the Podcast and Chill as co-presenter. Standing in for the popular podcast’s co-host, Sol Phenduka, Modikoane had his fellow host in stitches as he delved into hot-button topics during the hour-long long show.

The comedian was still a trending topic on Twitter on the morning of Wednesday 21 September 2022. The award-winning entertainer had audiences begging for more, hoping Modikoane would return to host the show again soon.

Watch: Mpho ‘Popps’ Modikoane on ‘Podcast and Chill with MacG’

After the show, Modikoane took to Twitter to thank the Podcast and Chill crew saying he’s been on a high since they shot the show on Sunday.

Popps on being a humble celebrity

Modikoane and MacG compared their experiences travelling to different countries such as Dubai. They also went into the evolution of South African music, praising artists who have made genres such as amapiano and hip-hop famous in South Africa.

Modikoane also touched on serious issues facing the issues and addressed the importance of being humble as a celebrity.

Modikoane was praised by hundreds of his fans on Twitter.

“I’ve watched Podcast and Chill from its 10th episode and laughed thousands of times but today Mpho Popps had me constantly pausing the episode and crying tears. Let’s give that man his roses, his hilarious!,” tweeted one fan.

This was the comedian’s third time gracing the show.

The entertainer has been on a roll over the last few months, having hosted major award shows back to back. In August he hosted the South African Music Awards (SAMAs) alongside television personalities Nandi Madida and Lawrence Maleka.