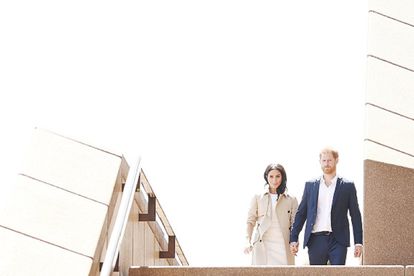 After Prince Harry revealed that his father, Prince Charles cut him and his family off financially, fans decided to step in by starting a GoFundMe page for the couple.

This comes after the couple participated in a tell-interview with Oprah Winfrey, where Prince Harry and Meghan Markle shared their account of living as senior members of the royal family. Harry went on to explain that they are currently living off the money his mother, the late Princess Diana left him.

And so, in order to lend a helping hand, fans of the Duke and Duchess of Sussex proceeded to try and raise a casual R150 million for Prince Harry to help him pay the bond on his mega-mansion in California. According to East Coast Radio, the page was started by Californian Anastasia Hanson who titled the campaign ‘Harry and Meghan $5 Donation to Buy Home’.

While Hanson admitted that the campaign was ‘no joke’, it was shut down shortly after it launched with just over R1500.

“I am raising funds to pay off the mortgage for the Montecito, California home of Harry and Meghan,” the description read shortly before the fund was taken down. “When they came to the USA they were without jobs and with limited funds. They’ve stated that they’ve had a very rough time, so this fundraiser is a way to give help, compassion, and love by paying their home loan in full.”

Hanson adds “I personally relate to mental health, racial equality, diversity, and inclusivity. They both support these issues as well. Together, they can help bring healing and restoration to the whole world. Were 2 million supporters to donate just $5 each, the Goal is met and the loan can be paid off. After their interview, I was moved with compassion to help get their home paid off. As they are now financially independent, this will help and be a loving gift.”

The New York Post reports that Harry and Meghan bought their nine-bedroom, 16-bathroom mansion — dubbed the Chateau of Riven Rock — in August 2020 for $14.65 million (R218 million).

After stepping away form the royal family, and stating that they wanted to become more financially independent, the pair have set up an estimated $100 million (R1 493 260 000) production deal with Netflix and a mega-bucks podcast deal with Spotify.