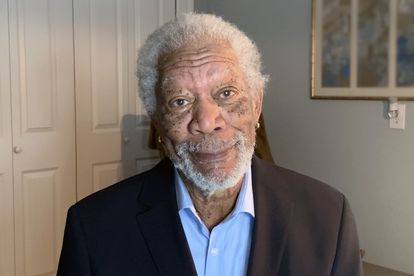 Morgan Freeman – who once portrayed late South African president Nelson Mandela in the 2009 film Invictus – has been added to a long list of people permanently banned from entering Russia.

The actor is one of 963 Americans, whose names have been published on a “stop list” issued by the Russian government. The list was recently updated to include the likes of Morgan Freeman and the late US senator John McCain.

Russia and the US have a strained relationship after the latter placed severe sanctions on the Eurasian country amid their invasion of Ukraine, which began in February.

WHY WAS MORGAN FREEMAN BANNED FROM RUSSIA?

Whilst US president Joe Biden, Vice President Kamala Harris, and other notable congressmen are obvious choices for the list, many are wondering where Morgan Freeman fits in.

The 84-year-old award-winning actor is a screen veteran and has starred in dozens of movies over his five-decade career. Also a writer and producer, Freeman has also narrated many films, documentaries, and advertisements, with his distinctive, deep voice.

According to New York Times, Freeman reportedly angered Russians after his appearance in a 2016 video. In it he accuses the country of “interfering” in their 2016 presidential elections, won by Donald Trump.

The ex-president, who infamously called Russian President Vladimir Putin his “friend”, is not on the banned list.

The video was created by a group called the Committee to Investigate Russia and was posted on YouTube. In it, Morgan Freeman accuses Russia and Putin of “secretly using cyberwarfare to attack democracies around the world”,  “like the true K.G.B. spy he is.”

He says in the video: “We have been attacked. We are at war.

“This is no movie script”.

Despite the seriousness of the list, many tweeps reacted with memes and jokes to Morgan Freeman’s ban.

@Wafunya: “Morgan Freeman must have been banned because of his name. No one is allowed to be free in Russia”