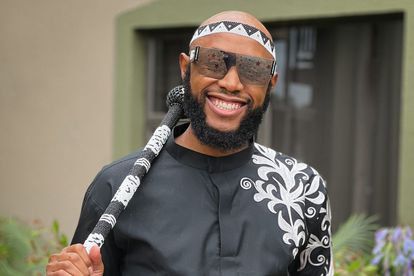 Mohale Motaung has defended himself after nasty comments from cyberbullies following his separation from his estranged husband Somizi Mhlongo a few times.

Mohale’s sister Palesa Kwanaite has now taken matters into her own hands and defended her brother, specifically highlighting that he did not “want a cent” from the former Idols SA judge.

On 1 August this year, Sunday World released audio clips where Mohale dropped several bombshells about his marriage to Somizi. In the audio clips, the actor claimed Somizi tried to sabotage his relationship with Connie and Shona Ferguson after he was planning to work with them.

The award-winning media personality also claimed that Somizi threatened him with a knife.

“He grabbed the knife and said ‘if you walk out. I’m going to stab you’. Now I see a different person. I was sh*t scared and walked back into the house.”

He and Somizi both confirmed that they were in the process of getting divorced.

MOHALE’S SISTER STANDS UP AGAINST CYBERBULLIES

Since Somizi and Mohale confirmed their divorce, netizens have taken to various social media platforms to share their own opinions about the matter.

Mohale’s sister Palesa Kwanaite stood up for her brother in a now-deleted Instagram post aimed at cyberbullies. In the recent post, Palesa addresses Somizi’s fans telling them that she won’t be quiet.

According to TshisaLive, the post reads: “I’m sooo tired ke these bloody Twitter Mother F*ckers Always being on Mohale’s case.”

“It’s about bloody time wena Somizi tell your stupid fans gore my brother never wanted a cent from you, they always talking kaak en nna I won’t be quiet.”

A YEAR IN REVIEW

Apart from the controversy, Mohale had a good year. He won the Male Personality of the Year award at the Africa Choice Awards. He also scored a gig as a radio host on Opulence Radio. Mohale was on the airwaves as the radio station’s host for the 06:00 – 09:00 slot on weekdays.

He has kept himself busy attending events and taking vacations around the country.