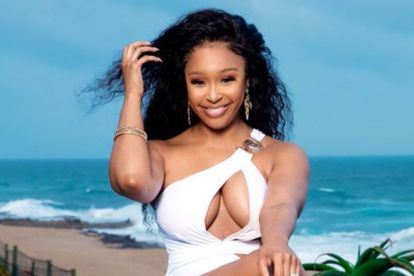 Minnie Dlamini is back online!. Image via Instagram@minniedlamini

Minnie Dlamini is back online!. Image via Instagram@minniedlamini

South African media personality Minnie Dlamini shocked her fans when she announced that she is splitting from her American husband Quinton Jones. The Super Sport presenter took to her Instagram on 15 February this year to announce the news in a brief statement.

After a week of silence, Minnie appears to be back on social media and ready to get back to business as usual.

Only four years after their lavish Showmax wedding, Minnie Dlamini and her husband, TV producer Quinton Jones have decided to part ways.

Minnie made the announcement only a day after Valentine’s Day in a statement that reveals that she and Quinton had spoken to family members and a counselor in an attempt to fix their relationship.

She also added that they had been separated for months before coming to the decision to file divorce papers and co-parent their son, Netha Jones.

After the announcement, Minnie remained relatively quiet on social media as people across the country discussed the abrupt end of her marriage.

On 22 February this year, Minnie headed back to social media and shared both an Instagram story and an Instagram post. Her story shows her posing in a studio which she captioned “my happy place.”

Her timeline post was a selfie. In the caption, she only gave credit to her makeup artist Stephy.

It appears the actress and now movie producer is not interested in hearing anything from her 4.5 million followers and has resorted to turning off her comment section.

The fact that people blamed her friend Unathi for the divorce may be one of the reasons why she decided it’s best to turn off her comment section.

Meanwhile, judging by her posts, it appears she has made peace with her pending divorce.