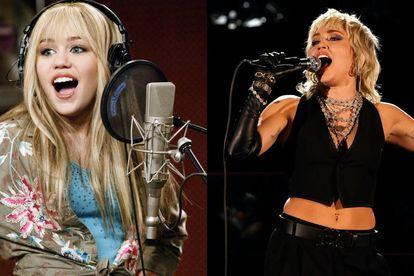 Thousands of young girls around the world admired Hannah Montana and would always tune into Disney Channel every week to watch her navigate her teen life. Hannah Montana first aired in March 2006 and ended in January 2011.

The Wrecking Ball hitmaker joined actor Kevin Hart on his Hart to Heart talk show on 5 August, where she opened up about how playing Hannah Montana affected her personal life.

She began by saying that she was cast in the role when she was 12 years old, a time of self-discovery, change and realisations.

“The concept of the show is that when I would alter my image and I would put on a wig and I would put on sparkly things that I held a new value that I was valuable. It did translate into my real life. There was a different level of hysteria.”

“It was actually kinda crazy being Hannah Montana, now I have a hard time remembering exactly what that felt like.”

She bravely shared that when auditioning for the role in Nashville, Tennessee, the Hannah Montana writers felt the need to change the character’s name to Miley, because she embodied the character so much.

She mentioned that at a point, it didn’t feel like she was Hannah Montana anymore.

She further elaborated that at the time there was no division between Miley Cyrus and the Hannah character.

Cyrus celebrated 15 years of the show being on air in March 2021. She took the time to reminisce on the time that had passed and expressed gratitude to the character.

A portion of her letter to Hannah Montana read,

“Although you are considered to be an ‘alter ego’ in reality there was a time in my life when you held my identity in your glovette that I did in my bare hands.”

“Hannah, I hope you hear me + believe those words are true. You hae all my love and upmost gratitude. Breathing life into you for those 6 years was an honour. I am indebted not only to you Hannah but to any and everyone who believed in my from the beginning.”

ALSO READ: ‘Idols SA’ season 17: Who will replace Somizi on the judging panel?