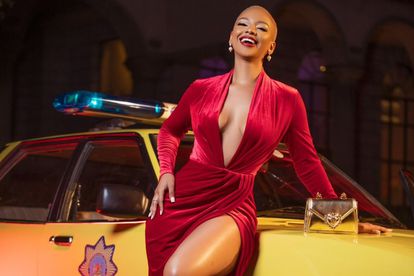 Mihlali Ndamase has been dragged on social media after she posted a picture with her rumoured married boyfriend Leeroy Sidambe.
Image via Twitter
@mihlalii_n

Mihlali Ndamase has been dragged on social media after she posted a picture with her rumoured married boyfriend Leeroy Sidambe.
Image via Twitter
@mihlalii_n

Shortly after posting – and deleting – an image featuring her rumoured boyfriend Leeroy Sidambe – Mihlali Ndamase was dragged by fans for being a “homewrecker”.

The influencer and YouTuber faced the wrath of angry Twitter users, who called her out for allegedly dating the married man. According to rumours, Mihlali has been romantically linked to the wealthy businessman, whose wife is Mary-Jane Sidambe.

Leeroy Sidambe owns several businesses under his empire Sakhile Ezweni Group of Companies. The multi-millionaire also moves in celebrity circles and has an inner circle that includes friends like Somizi Mhlongo and Shauwn Mkhize.

According to celebrity bloggers The Popcorn Room, Mihlali posted a picture of herself cozying up to her rumoured bae. This, whilst the secretive couple were away in Botswana.

But whilst the star quickly deleted it, fans screenshot the image and flooded it on social media.

On Twitter, Mihlali trended for scandal associated with dating a married man.

Whilst some tweeps claimed that the influencer’s dating life was her private business and that she “did not owe” anyone loyalty, others chastised her character.

@nontokozomashin: “I can’t believe you guys are defending someone who knowingly dates married men. It’s not about who Mihlali owes loyalty to, it’s about how she would feel if she were the wife. For someone who loves marriage so much, it’s shocking that she would do that to another woman. Disgrace!”

@NoThand67838760: “The obsession isn’t with who Mihlali is dating it’s with the fact that she as a woman didn’t find anything wrong with dating a married man”

@Tumi_Mogola: “Somebody said Mihlali is our Lori Harvey. Please respect Lori… She’s not a homewrecker. Your girl is for the streets. Influencing young girls to sleep with married men

Other tweeps claimed that the social media star had a “history” of dating unavailable men.

Meanwhile, Mihlali refused to respond to the controversy surrounding her romance.

She did however hint that she was unashamedly infatuated.

These eThekwini Municipality beaches are now open to the public