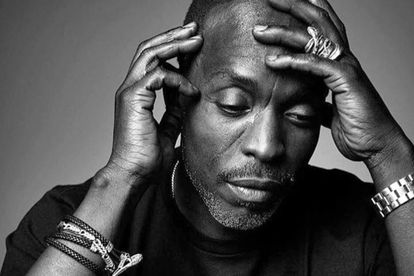 The world is mourning the loss of actor Michael K Williams who was found dead in his New York apartment on Monday afternoon.

According to the New York Post, 54-year-old star known for his role as Omar Little in the hit TV series The Wire, died of a suspected heroin overdose.

Marianna Shafran, his long-time representative confirmed his passing in a statement: “It is with deep sorrow that the family announces the passing of Emmy-nominated actor Michael Kenneth Williams.

“They ask for your privacy while grieving this insurmountable loss.”

South African DJ Black Coffee paid tribute to the veteran screen star with a video clip of the two embracing backstage at an event. The meeting took place in Brooklyn, New York at a gig of the entertainer.

“I’m sorry. I love you bro, may your beautiful soul rest in peace,” he captioned the emotional Instagram post.

Black Coffee joins a long list of celebs who have remembered the actor’s life and career highlights.

“A beautiful soul, a beautiful person, I’ll miss you always. Thank you for blessing us with your talent,” posted Mariah Carey.

“So heartbroken. Thank you for the beauty and joy you brought to the world,” wrote Kerry Washington.

Viola Davis added: “Man do I wish this were a different ending. Rest well”.

And Michael’s The Wire co-star Wendell Pierce shared his own experiences working with the award-winning actor.

“The depth of my love for this brother can only be matched by the depth of my pain learning of his loss. An immensely talented man with the ability to give voice to the human condition portraying the lives of those whose humanity is seldom elevated until he sings their truth”.

Wendell – who played Bunk Moreland – had a strong connection with his co-star, both on and offscreen.

He added: “THE WIRE brought us together and immortalized Omar & Bunk in that “scene” on a park bench. But for us we aimed to take that moment in time together and say something about Black men.

“Our struggle with ourselves, internally, and each other. For me & Mike we had nothing but respect.”

Michael K Williams often spoke openly about his his struggles with substance abuse and staying sober. According to reports, the actor developed an addiction to cocaine and cannabis whilst playing his street-smart thug character.

Just a few months ago, the actor spoke to podcaster Marc Maron about being in recovery.

He said during an episode of his WTF podcast: “You know, I’m in the club as well. And you know, anybody that has heard me speak before, I’m not shy about it.  You know, relapse to me is part of my story and, you know, but I’m living good today, you know. All’s we got is today.”

But it was a long road to recovery for the star. During filming of season 3 of the series, Michael claimed he was struggling to stay clean.

“I was broken…I was on drugs, and I was in jeopardy of destroying everything that I had worked so hard for”, he told NPR in 2016.

The actor is survived by his son Elijah.