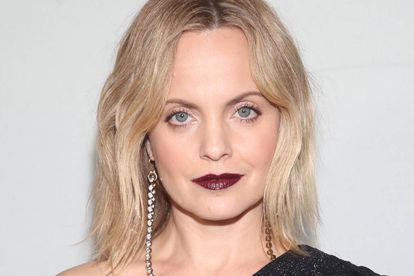 Mena Suvari was “just trying to survive” when she started using meth as a teen.

The American Beauty actress told People she was addicted to the drug after being “introduced to” methamphetamine on vacation.

“And then I believed that I would never encounter it again. But when I came back to LA, I ended up meeting a group of friends that one of my girlfriends had been hanging out with, and there it was again.”

The star revealed the experience of using again took her “down a very dark path”.

Suvari was raped by a friend of her older brother’s when she was 12 years old, and entered an emotionally and sexually abusive relationship just before she turned 17 and it lasted for three years.

Suvari revealed that man did not like meth, which allowed her to break away from the evils of that addiction. She added:

“He had no problem with pot or any other drugs, but he just didn’t like that one.”

Suvari found solace in her acting work, including roles in 1999 films American Pie and American Beauty, the latter of which earned her a BAFTA nomination for Best Supporting Actress.

“My work, that opportunity, that art that saved my life,” Suvari said.

“That was the healthy addiction that I needed to replace (meth) with.”

While she considers making American Beauty “a beautiful experience”, she often felt like she was living a double life, “functioning on the outside and on the inside, desperately trying to heal.”

Suvari’s new book, The Great Peace: A Memoir, is on sale now.