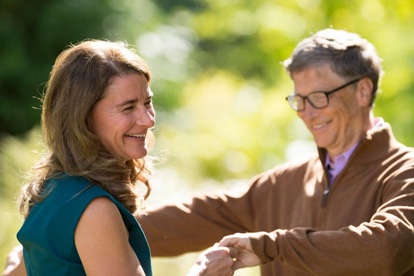 Melinda French Gates says she’s not ready to be friends with her ex-husband Bill Gates. Image via Twitter: @melindagates

Melinda French Gates says she’s not ready to be friends with her ex-husband Bill Gates. Image via Twitter: @melindagates

There appears to be no love lost between billionaire couple Melinda and Bill Gates who got divorced in May last year after 27 years of marriage. Melinda recently sat down to do an interview with Gayle King on CBS This Morning where she discussed her divorce from Microsoft billionaire Bill Gates.

From what she had to say in the interview, she is clearly not ready for the two of them to be friends just yet.

Melinda French Gates opens up about her divorce from Bill Gates

In May 2021, Bill and Melinda French Gates announced that they were going their separate ways.

“After a great deal of thought and a lot of work on our relationship, we have made the decision to end our marriage,” they shared via Twitter.

After almost a year of being divorced, Melinda Gates says she isn’t quite ready to be friends with her ex-husband. According to Melinda who spoke to Gayle King recently, “there is still a lot of healing that needs to take place” before she considers being friends with Bill.

The divorce was not easy for Melinda who recalls “crying a lot of tears for many days” when she and Bill first separated.

“How can I get up? How am I going to move?” she would ask herself, she said.

“I gave every single piece of myself to this marriage. I was committed to this marriage on the day we got engaged and until the day I got out of it … but I also think society used to put things on women like it was our fault,” she said. “I did nothing wrong so I hold my head high.”

While discussing where things went wrong in her marriage, Melinda explained it was not one but many things.

“It wasn’t one moment or one specific thing that happened. There just came a point in time where there was enough there that I realized it just wasn’t healthy. I couldn’t trust what we had,” the billionaire philanthropist said.

She also touched on Bill’s affair with a Microsoft employee 20 years ago saying that she believes in forgiveness. When asked about whether there were other affairs during the course of their marriage, she remarked that the question would be better answered by Bill.

One of the reasons for their divorce according to Melinda is her former husband’s relationship with American financier and convicted sex offender Jeffrey Epstein.

“I did not like that he had meetings with Jeffrey Epstein … I made that clear to him.”

She added that she met Epstein once, because “I wanted to see who this man was and I regretted it from the second I stepped in the door”.

“He was abhorrent, evil personified. I had nightmares about it afterward,” Gates said.

After Gayle asked for more info about Bills’ continued meetings with Epstein despite her disapproval, she said: “Any of the questions remaining about Bill’s relationship … those are for Bill to answer.”

While the divorce has been anything but easy for Melinda, she says that she feels like everything going on is part of a much-welcomed new chapter in her life.

“I do feel like I’m turning a page in the chapter,” she shared.

“I mean, it’s 2022 and I’m actually really excited about what’s to come and life ahead for me.”

She also said that while she and Bill aren’t quite friends, they have been working together to keep the Melinda Gates Foundation – which they co-founded 20 years ago – alive and well.

Surprisingly Melinda added that she was “dipping her toes in the water” and is open to dating and new relationships.