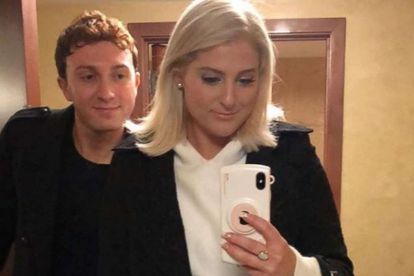 Couples who poop together, stay together…that’s the motto for Meghan Trainor who dished out some unorthodox relationship advice this week.

The singer has been married to Daryl Sabara since 2018, and so far so good, she says of their questionable couples routine…

For many couples, the mundane – but totally basic human functions like farting, burping or even pooping in front of each other – are considered a no-go and “romance killers”.

But Meghan Trainor is clearly not one of those people and has even gone to great lengths to make sure the latter is a norm in their house.

The mom of one revealed this week in a podcast that she installed “his and her” toilets in their home, and her reasoning is quite interesting…

She said: “We just got a new house and we did construction — nobody knows this — but in our bathroom, there was one toilet. A lot of times in the middle of the night when we’re with the baby, we gotta pee at the same time. So I was like, ‘Can we please have two toilets next to each other?'”

Meghan claims her building contractor first thought she was joking, but she made sure he understood the assignment.

And Meghan and Darryl use their “quality time together” in the toilet, quite often, she admits.

But following a flood of fan questions, Meghan clarified her stance on Twitter.

“To clear things up…we pooped ONCE together and we laughed and said never again…but he will hang out with me if I’m [poop]ing cuz WE SOULMATES. And I legit miss him when I’m away from him. And we pee together obvi”, she tweeted.

Tyrese Gibson and his ex-flame Zelie Anthony had their followers shuddering after he posted a video of him shaving her ladybits on his Instagram Stories.

Then there was the time Kristen Bell shared how her husband helped relieve her engorged breasts during a case of mastitis but nursing on them himself!

And who can forget Angelina Jolie and her ex-husband Bille Bob Thornton who proudly wore vials of each other’s blood around their necks!