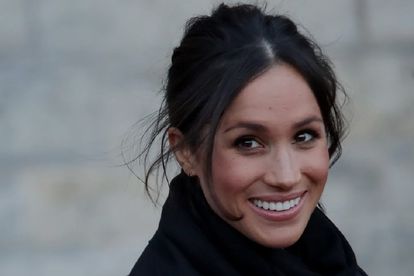 Duchess Meghan Markle will go up against her father Thomas Markle in court. Image via @meghanmarkle_official/Instagram

Duchess Meghan Markle will go up against her father Thomas Markle in court. Image via @meghanmarkle_official/Instagram

The Duchess of Sussex, Meghan Markle, will have to go up against her family, including her very own father, Thomas Markle in court this year. This comes after her half-sister and author, Samantha Markle, decided to sue her for defamation after some of the claims she made during her interview with Oprah Winfrey in March 2021. Now, their father has vowed to support Samantha over Meghan.

MEGHAN MARKLE’S FATHER TO GIVE EVIDENCE AGAINST HER

Samantha Markle, 57, has accused her sister of making “false and malicious statements” during the headline-making interview. As a result, their father Thomas Markle has claimed that he would be more than happy to defend his eldest daughter. He said this during the premiere of his YouTube channel on Sunday, 13 March.

“I would be more than happy to. I’ve been trying for almost four years to get to see my daughter and her ginger husband in a courtroom face-to-face. I’d be thrilled to defend my oldest daughter.”

According to Thomas, his 40-year-old daughter cannot defend some of the things she said and he believes she should settle.

ALLEGATIONS AGAINST THE DUCHESS

Among some of the claims made by Samantha against the former Suits actress is her statement to Oprah about being an only child. The Insider reports that the former actress is being accused of falsely spinning a “rags to royalty” narrative. This is after Samantha alleged that Meghan lied about putting herself through university. In the lawsuit, she emphasised that it was their father who covered her tuition fees at Northwestern University.

In addition, the author has denied claims she had not seen her in at least 18 or 19 years – as stated by Meghan in the interview. She also alleged that the duchess’ comments about her changing her surname back to Markle only when she started dating Prince Harry are false.

“She changed her last name back to Markle — I think she was in her early 50s at that time — only when I started dating Harry. So I think that says enough,” the duchess had told Oprah Winfrey in 2021.

Samantha, in the lawsuit, also alleged that following her sister’s interview she now has emotional and mental distress. She added that the claims have made it difficult for her to get work or get sales on her autobiography, The Diary of Princess Pushy’s Sister.

MEGHAN MARKLE’S LAWYER REGARDING THE LAWSUIT

Not much has been said about Thomas’s comments on YouTube by Meghan Markle’s spokesperson. However, her lawyer Michael Kump has hit back at Samantha’s claims and called the lawsuit “baseless and absurd.”

“This baseless and absurd lawsuit is just a continuation of a pattern of disturbing behaviour. We will give it the minimum attention necessary, which is all it deserves,” ET Canada quoted him as saying.